CONTINUING COVERAGE: We've got the latest following a school shooting in SW Houston on Friday afternoon.

HOUSTON - Authorities are investigating what led up to a shooting Friday afternoon at a school in Southwest Houston.

Houston police say they received a call about an active shooting around 11:45 a.m. at YES Prep Southwest Secondary in the 4400 block of Anderson Road near the Sam Houston Tollway.

According to a spokesperson with YES Prep, Dexter Kelsey, 25, shot through the glass door in the front of the building. From there, he was able to get into the school and opened fire. Police say Kelsey is a former student of the school and confessed to his role in the shooting.

Fortunately, no students were injured but the principal, later identified as Eric Espinoza, was shot in the back and rushed to the hospital in serious condition. However, officials say Espinoza was released from the hospital on Friday. Authorities said the bullet remains in his back and didn't impact any vital organs. 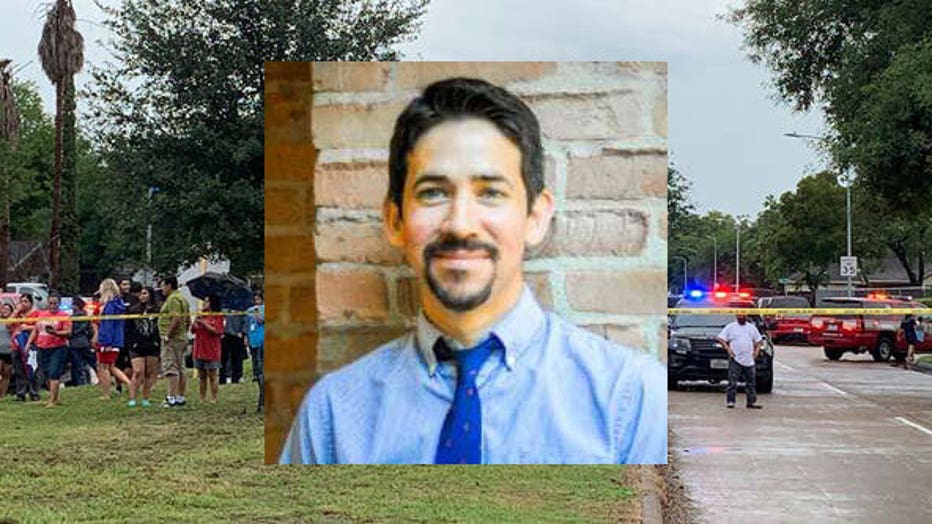 Numerous agencies were involved in responding to the scene including the Harris Co. Sheriff's Office. However, HPD Chief Troy Finner arrived on the scene to give preliminary information, about Kelsey, but couldn't identify him at the time.

The 25-year-old former student is charged with aggravated assault against a public servant and deadly conduct. The motive, as of this writing, has still not been disclosed.

YES Prep officials released the following letter to students and parents saying the school would be canceled Monday through Wednesday:

We had an incredibly frightening day and are immensely grateful there were no life-threatening injuries after a 25-year-old former student shot through a window in our front entry. School administrators, staff and students immediately responded to the threat by going safely into lockdown, as rehearsed in practice drills, and the suspect surrendered his weapon as soon as police arrived.

Principal Eric Espinoza was taken to the hospital after a bullet grazed him from behind, and he is expected to be released today.

We are canceling classes Monday through Wednesday, and we will meet with students and families next week before classes resume. More details will be shared with you soon.

We cannot imagine the terror you must have felt as the events unfolded. Today’s shocking incident is one that no student, parent or educator should ever have to go through or cope with on their own.  We have counselors standing by to help anyone needing support over the weekend, next week, and through the school year. If needed, please do not hesitate to reach out using this form: bit.ly/yesprepsaf. Information on how to discuss the incident together at home is available at https://bit.ly/YPFamilyResource.

Our caring staff will be ready to welcome students upon their return to school next week.

FOX 26 Houston will continue to update this story as more information becomes available.