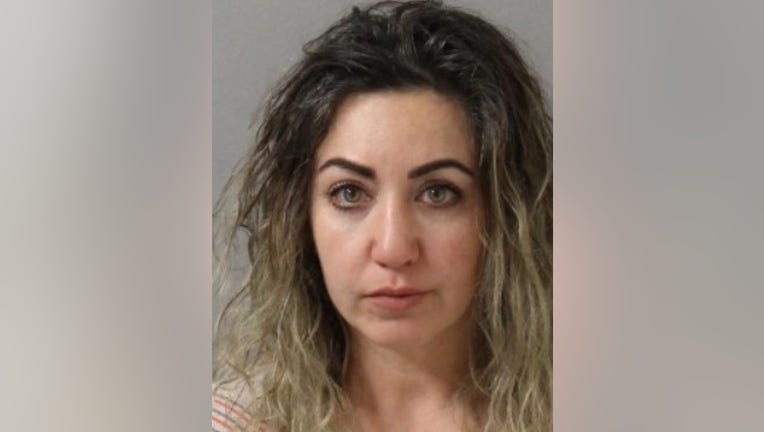 NASHVILLE, Tenn. (AP) - A former Tennessee nurse is guilty of criminally negligent homicide in the death of a patient who was accidentally given the wrong medication, a jury found Friday. She was also found guilty of gross neglect of an impaired adult in a case that has fixed the attention of patient safety advocates and nurses' organizations around the country.

RaDonda Vaught, 37, injected the paralyzing drug vecuronium into 75-year-old Charlene Murphey instead of the sedative Versed on Dec. 26, 2017. Vaught freely admitted to making several errors with the medication that day, but her defense attorney argued the nurse was not acting outside of the norm and systemic problems at Vanderbilt University Medical Center were at least partly to blame for the error.

The jury found Vaught not guilty of reckless homicide. Criminally neglent homicide was a lesser charge included under the original charge.

RELATED: Montgomery County oral surgeon charged with murder in the death of his partner, former patient

Interviewed after the verdict, Vaught said she was relieved to have a resolution after 4 1/2 years and hopes Murphey's family is relieved as well.

"Ms. Murphey's family is at the forefront of my thoughts every day," she said. "You don't do something that impacts a family like this, that impacts a life, and not carry that burden with you."

Murphey had been admitted to the neurological intensive care unit on Dec. 24, 2017, after suffering from a brain bleed. Two days later, doctors trying to determine the cause of the bleed ordered a PET scan to check for cancer. Murphey was claustrophobic and was prescribed Versed for her anxiety, according to testimony. When Vaught could not find Versed in an automatic drug dispensing cabinet, she used an override and accidentally grabbed vecuronium instead.

An expert witness for the state argued that Vaught violated the standard of care expected of nurses. In addition to grabbing the wrong medicine, she failed to read the name of the drug, did not notice a red warning on the top of the medication, and did not stay with the patient to check for an adverse reaction, said nurse legal consultant Donna Jones.

Leanna Craft, a nurse educator at the neuro-ICU unit where Vaught worked, testified that it was common for nurses at that time to override the system in order to get drugs. The hospital had recently updated an electronic records system, which led to delays in retrieving medications from the automatic drug dispensing cabinets. There was also no scanner in the imaging area for Vaught to scan the medication against the patient's ID bracelet.

Vaught said she is concerned that the verdict with cause other providers "to be wary about coming forward to tell the truth. I don't think the take-away from this is not to be honest and truthful."

Patient safety expert Bruce Lambert, in an interview before the verdict, said it was extremely concerning that Vaught was being criminally prosecuted for a medical error.

"This will not only cause nurses and doctors to not report medication errors, it will cause nurses to leave the profession," said Lambert, director of the Center for Communication and Health at Northwestern University.

Prior to the sentencing, Vaught said that she didn't regret honestly admitting her mistake. She felt she was being scapegoated after Vanderbilt became the subject of a surprise inspection by the Centers for Medicare and Medicaid Services.

"Someone has to pay a price, and it's really easy to say, ‘Just let her do it’," she said. "Nurses see that. Medics see it. Radiology technicians see it."

Prosecutors speaking about the verdict said it was not a precedent setting case that would result further criminalization of medical errors.

"What’s happened here is that health care has been completely changed," Garner said in a phone interview. "Now when we tell the truth, we’re incriminating ourselves."

Garner, who has been helping to raise money for Vaught's defense, said ordinary people don’t understand how difficult and stressful working as a nurse can be. She said errors are common and what happened to Vaught could have happened to anyone.

"A jury of her peers would have all been ICU nurses," Garner said.

The sentencing hearing is scheduled for May 13. Vaught faces three to six years in prison on the gross neglect conviction and one to two years on the criminally negligent homicide conviction. Vaught has been free on bail and remains free until after she is sentenced. She said she had not considered whether she would appeal.