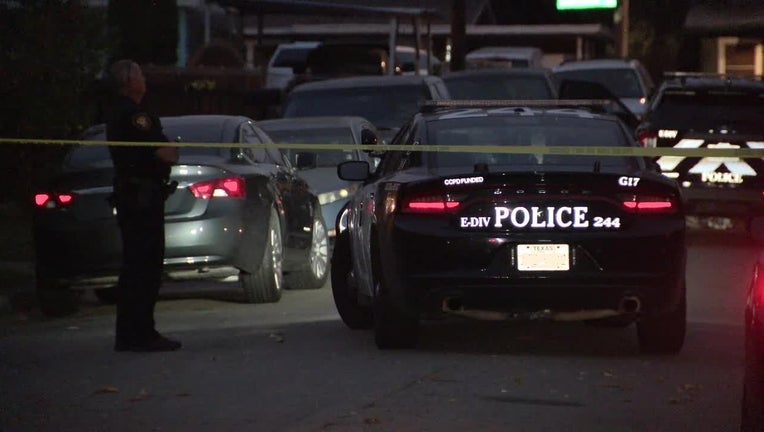 FORT WORTH, Texas - Fort Worth police said a man was fatally shot by an officer Saturday night after he reportedly pointed a gun at the officer.

This incident started at about 11 p.m., when a woman called 911 and said her adult son was damaging her home with a hammer.

The dispatcher said they heard the man say he would hurt his mother if officers came to the house.

After officers arrived at the home in the 4000 block of Wiman Drive, they reported seeing the man come to the door with a handgun.

The man then went back inside and refused to come out, police said.

SWAT and hostage negotiators arrived on scene, and authorities then tried to get the man to surrender and let his mother go.

The mother was later able to leave the house.

According to Fort Worth police, the man then was seen standing in the doorway and pointing a gun at an officer. The officer fired at the man, who was hit by the gunfire and later pronounced dead.

The man’s name has not yet been released.

No further details have been released as police continue their investigation. Body camera video has not been released.