Michael is talking about his 6-day-old son resting in his arms. The baby’s name is Archer, the ninth boy born to Michael and his wife Melody.

When they got married 18 years ago, they figured they would have a couple of kids -- maybe three.

“I would have laughed if they told me I was going to have nine and I would home-school,” Melody chuckled.

With nine boys, the oldest 17, they actually built a school in the backyard. It has plenty of room for the boys and even has air conditioning. The older boys helped their father and grandfather build it as part of their shop class.

“Working together, teaching each other, and playing lots of football,” offered Melody. 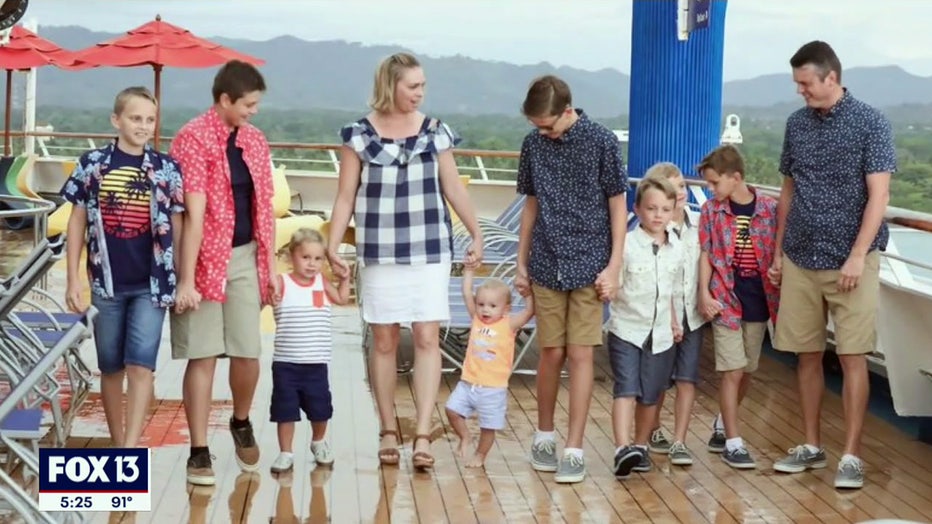 But the rewards are big too.

“They call each other their best friends and spend pretty much all their time together,” Melody said of her boys.

The older boys helped name the younger, and they spied a familiar brand while shopping at Target. That brand was "Archer," and now so is the baby. 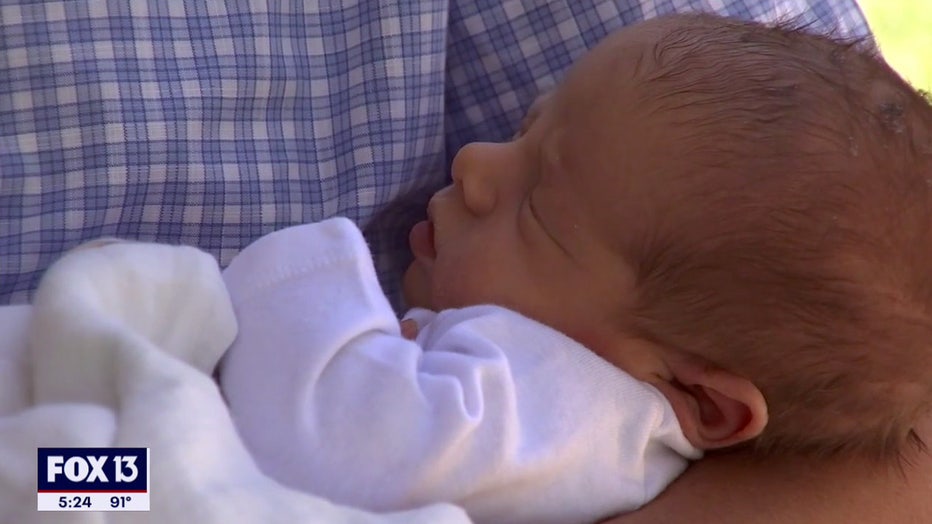 He’s arriving in a big family with a big philosophy.

“We want our kids to grow up to love others and take care of others more than they love themselves,” said Melody.

“I haven’t closed the door,” she admitted.

In this family, Baby Archer could soon be someone’s big brother.