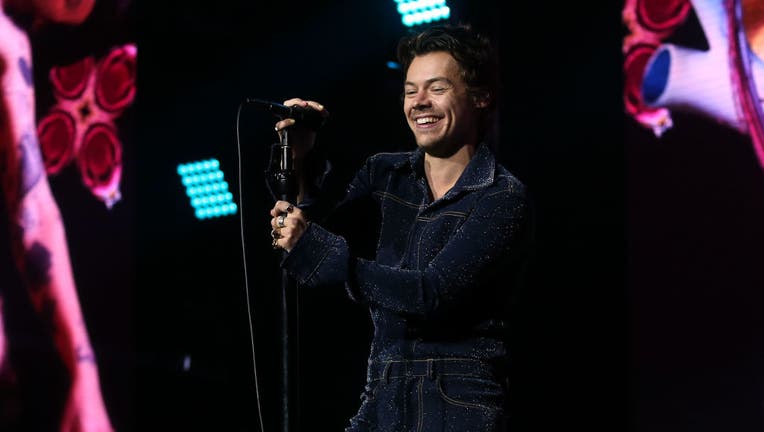 FILE: Harry Styles performs on stage during day one of Capital's Jingle Bell Ball with Seat at London's O2 Arena.

HOUSTON - Harry Styles has postponed his Houston concert due to Hurricane Nicholas.

The singer was set to perform at the Toyota Center in downtown on Monday night.

"Unfortunately, due to the approaching storm in Houston, I’ve been advised that tonight’s show at the Toyota Center can’t happen," Styles wrote in a tweet. "Safety must take priority, so please go home and be safe."

Styles is currently on his Love On Tour.

"I'm so sorry, thank you for understanding," Styles added.

The event organizer is still trying to reschedule the event, if they do, tickets for Monday's concert will remain good for the rescheduled date.

Ticket holders will receive an email as soon as the status of the event changes or the new date is announced.

Refunds are not currently available, but will be made available in the future.

Tropical Storm Nicholas is moving toward the Texas Gulf Coast, bringing a significant threat of flash flooding to the Houston area.

There are already high water locations being reported by Houston TranStar, but drivers should avoid roadways during the night when it is difficult to see.