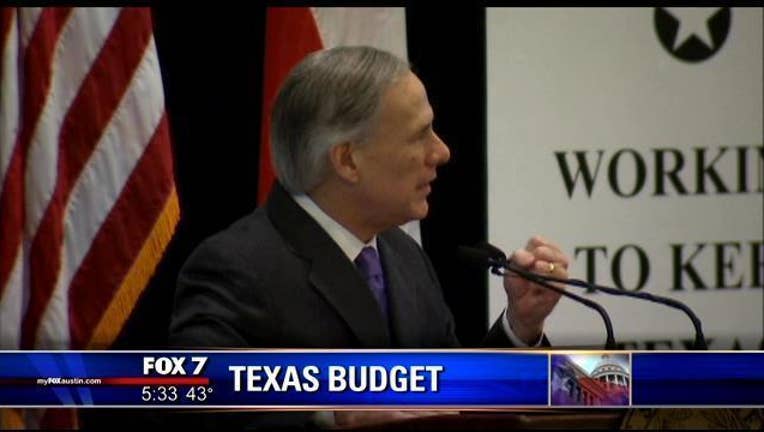 Abbott says he will veto any budget that does not include a tax cut.

The governor issued his budget busting threat while speaking before members of a small business group.

Abbott said tax cuts should include major changes to the franchise tax system.

He also said he was not worried about what dropping oil prices could do to revenue estimates.

The first draft of the state budget, out of the Texas Senate, proposes $4 billion in tax cuts.

The bulk would be in property tax relief.