Police looking for gunman who fired at Gaithersburg officers

Police in Montgomery County are looking for a suspect who fired at Gaithersburg officers who were conducting a traffic stop.

GAITHERSBURG, Md. - Police are looking for a gunman who reportedly fired at officers from what they described as a "higher elevation" in Gaithersburg on Wednesday.

Gaithersburg and Montgomery County police provided an update on an incident involving a gunman who fired at officers who were responding to a parking hazard on Wednesday.

Montgomery County police say the shooting began when Gaithersburg police officers responded to a "parking hazard" in the 300 block of North Summit Avenue.

When the got to the vehicle, they determined that the driver may have been under the influence. According to police, when they began investigating, one round was reportedly fired toward the officers. 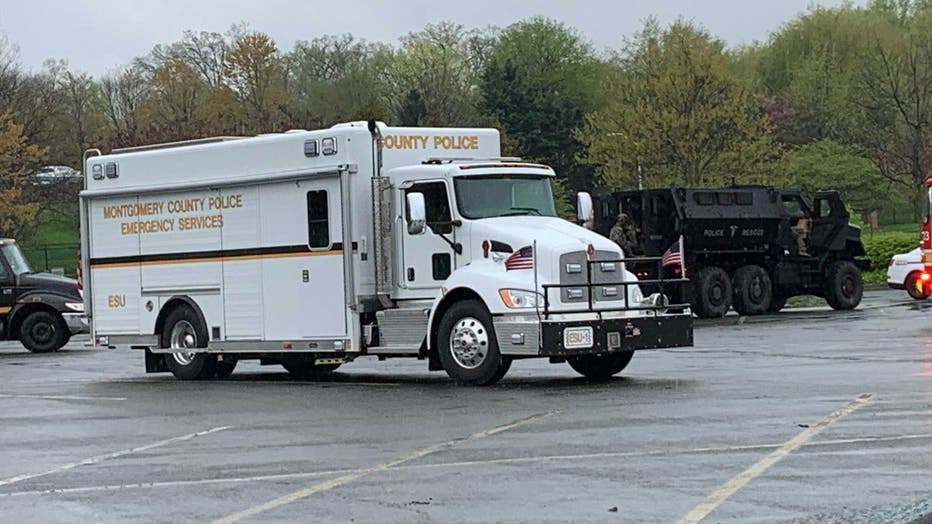 They say no officers were injured in the incident, which occurred around 3 p.m.

Police initially asked people in the area of 300 North Summit Avenue to shelter in place while they search for the suspect.

Shortly after 6:45 p.m., they lifted the shelter in place order.

All high school athletics events in Gaithersburg have been canceled.

Police are looking for a gunman who reportedly fired at officers from what they described as higher elevation in Gaithersburg on Wednesday.

A significant police presence could be seen at nearby Lakeforest Mall, which had been designated as a staging area.