Following the release of the 2020 Census data for Hays County, the precinct lines for commissioners and the lines for Justices of the Peace and constables needed to be redrawn, says the county. 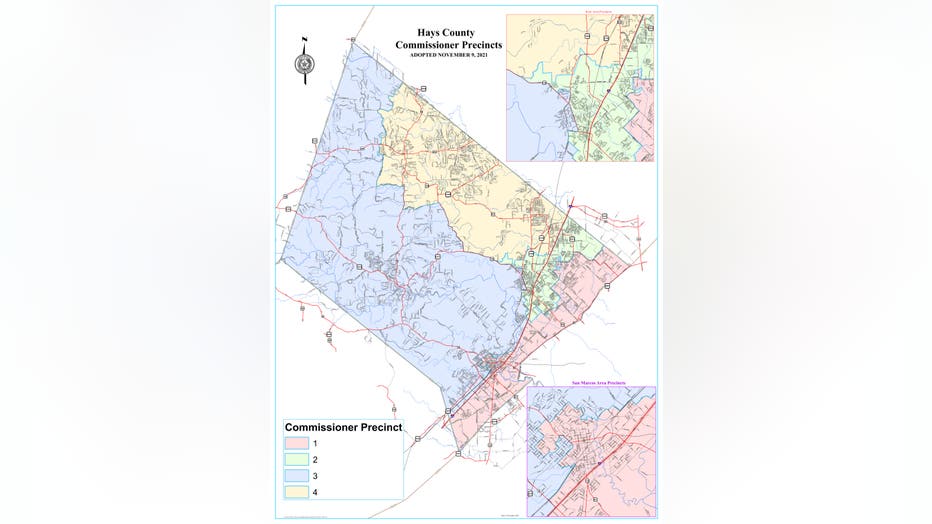 A Redistricting Advisory Commission (RAC), comprised of appointees by the Commissioners Court along with the Hays County Democratic and Republican Party Chairs, explored the possible ways to redraw the precincts while adhering to the Voting Right Act of 1965.

The RAC proposed several maps during the overall process, according to the county. RAC members then submitted two proposed maps to the Commissioners Court on Nov. 2. Two additional maps created by Commissioner Shell were uploaded to the RAC website following the November meeting.

Those maps, along with the RAC-proposed maps and input from the public, were all considered by the Commissioners Court before a final decision was made. Any redrawn precinct map had to conform to state and federal constitutional provisions related to redistricting, the Voting Rights Act, and the Texas Guide to Redistricting, says the county.

The new Commissioners Precinct Map will be used for the 10 years between now and the 2030 Census. JP and constable maps can be updated more frequently, says the county.

Residents can see the final approved Hays County Commissioner Precinct map and the JP and Constable map on the county’s website.