The story of Henrietta Lacks

Henrietta Lacks was an African-American woman diagnosed with cervical cancer. Her cells have become a cornerstone of modern medicine, including the development of the polio vaccine, genetic mapping and even COVID-19 vaccines.

ROANOKE, Va. - A statue of Henrietta Lacks, whose cells were taken without her permission and used for medical developments, will be built in her hometown of Roanoke, Virginia. Lacks' new statue will replace a monument of Robert E. Lee.

The bronze statue will weigh about 400 pounds and is six feet high — six inches tall, and will stand in Henrietta Lacks Plaza in Roanoke. Lacks' statue will depict her standing with her arms folded in a blazer, long skirt, and heeled shoes, the Associated Press reported.

Larry Bechtel, an artist in Blacksburg, Virginia, will begin the creation of the statue by crafting a 24-inch model in oil-based clay, guided by a drawing and recollections of her family, including her only living child, Lawrence Lacks.

Roanoke artist Bryce Cobbs had only two photos of Lacks, who lived from 1920 until 1951, from which to draw her, the first phase of a project for which a fundraiser collected more than $160,000, the AP noted. 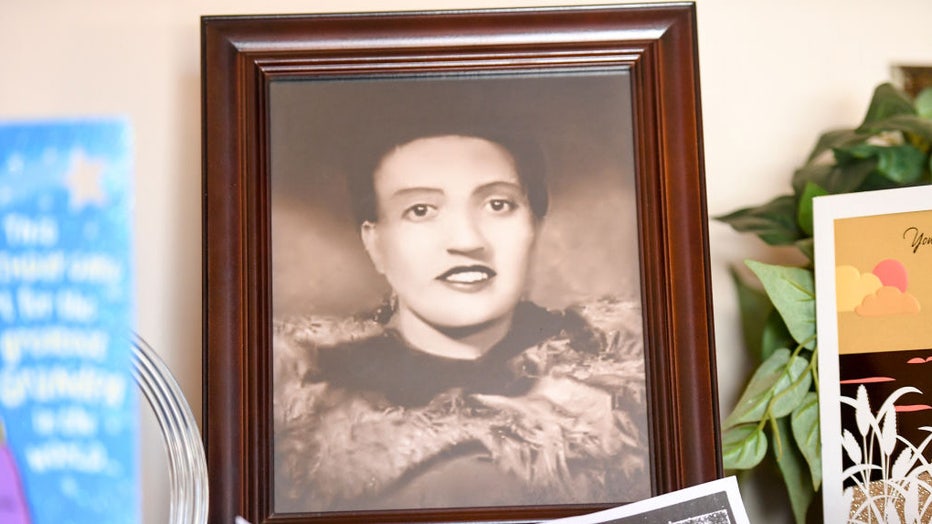 A photo of Henrietta Lacks, sits in the living room of her grandson, Ron Lacks, 57, in Baltimore, MD on March 22, 2017. (Photo by Jonathan Newton/The Washington Post via Getty Images)

The project grew out of a sense that Roanoke should honor Lacks since this is her place of birth and where she spent the first few years of her life. Lacks, who grew up on a tobacco farm in Clover, a part of Halifax County, Virginia, is honored with signs, markers, statues, and exhibits in various places in the United States and the world.

Who was Henrietta Lacks?

Lacks was the source of a living cell line used in global medical research known today as HeLa cells, which make up the first known immortal line of human cells in history.

However, the doctors treating Lacks for cervical cancer at the Johns Hopkins Hospital in Baltimore, Maryland, extracted and studied the tissue without her permission shortly before her death, according to the Associated Press.

Members of Lacks’ family say they were not compensated. A lawsuit is pending in federal court in Maryland on behalf of Lacks’ estate, arguing that drug companies engaged in "unjust enrichment," said Ben Crump, the plaintiff’s lawyer, who attended the event.

HeLa cells have contributed to medical breakthroughs, including the development of polio and COVID-19 vaccines, and the study of leukemia, according to Johns Hopkins website.