“Hocus Pocus” is getting its long-awaited sequel

The fan-favorite Halloween film is finally getting a follow-up movie. Here's what we we know so far.

“Hocus Pocus”-inspired wine is here, just in time for fans of the 90’s movie to enjoy while they wait for the sequel coming out next year on Disney+.

Wine-maker Besa mi Vino teamed up with beverage and design shop Eliqs for the beverages which come in two varieties—a rosé and a white wine—with a 12.5% ABV.

The Hocus Pocus rosé comes in cans that each feature a different witchy Sanderson sister, played by Bette Midler, Sarah Jessica Parker and Kathy Najimy, with punny takes on lines from the Halloween-themed film. 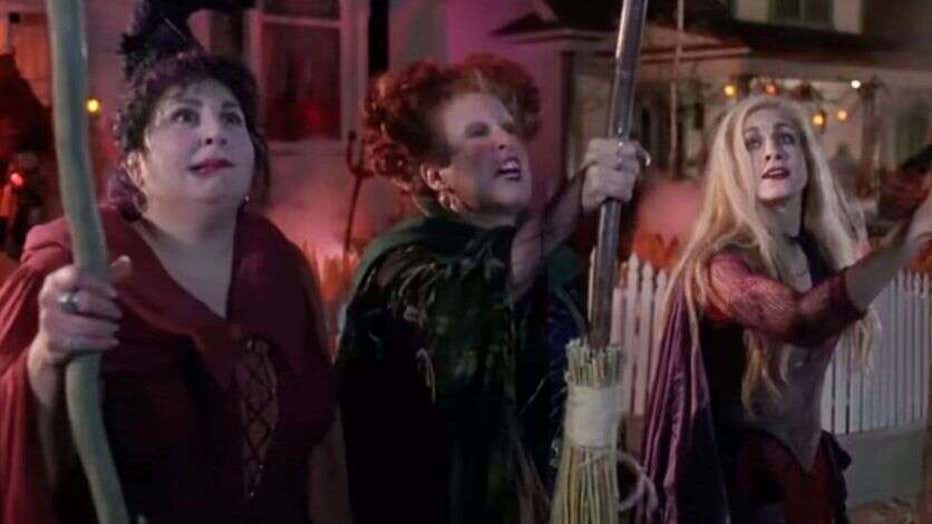 The Winifred can, inspired by Bette Meddler’s character, reads: “I put a spell on you, and now you’re wine!” And a can inspired by Sarah Jessica Parker’s character says, “My lucky rose! Just where I left it.”

The rosé wine is said to be “bright and lightly bubbly with flavors of cherry, dried roses, and lychee.”

The "Hocus Pocus"-inspired white wine is described as having “fragrant aromas with a smooth blend between dry and sweet on the palate.” Six-packs are $36, but fans may have to act fast -- the wines are already selling out.

Those of age can sip them while watching “Hocus Pocus” stars Middler, Parker and Kathy Najimy (Mary Sanderson) reunite virtually for this year’s "Hulaween" fundraising gala for the New York Restoration Project.