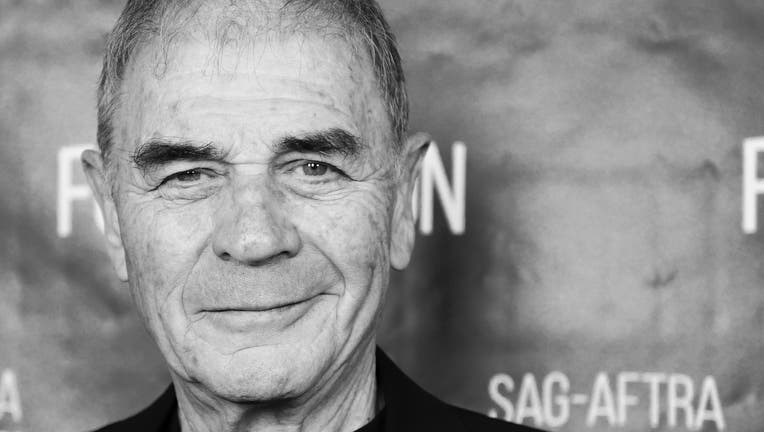 LOS ANGELES, CALIFORNIA - DECEMBER 04: [EDITOR'S NOTE: Image has been processed to a Black and White. Color version available.] Robert Forster poses for portrait at the SAG-AFTRA Foundation Conversations Screening of "What They Had" at SAG-AFTRA Foun

LOS ANGELES - Hollywood continues to mourn the death of actor Robert Forster. He died at the age of 78 as his latest project, "El Camino: A Breaking Bad Movie,'' was released in theaters and began streaming on Netflix.

Forster died of brain cancer at his Los Angeles home on Friday.

"I am heartbroken to hear the news of the passing of Robert Forster,'' said Aaron Paul of "Breaking Bad'' and "El Camino.''

"My god. I had the privilege of knowing this beautiful man and working along side of him. A true gentleman that loved to act. I love you my
friend. Thank you for loving me. You are and always will be a legend.''

"So saddened to hear of the passing of Robert Forster,'' actor Lou Diamond Phillips tweeted. "I had the immense privilege of working with him twice and, even more so, of being his friend. He stood for what is best in our industry; Grace, Class, Respect for his fellow artists. He will always be an inspiration. RIP.''

Forster appeared in more than 100 films, beginning with the 1967 drama "Reflections in a Golden Eye.'' He starred in the critically acclaimed 1969 drama "Medium Cool.'' Other film credits included the best picture Oscar nominee "The Descendants,'' "Olympus Has Fallen'' and its sequel, "London Has Fallen.''

Forster's other television credits included the title roles in the 1972-73 NBC period detective drama "Banyon'' and 1974 ABC police drama
"Nakia.'' He also had a recurring role as the father of Tim Allen's character on the ABC comedy "Last Man Standing.''

In "El Camino: A Breaking Bad Movie,'' Forster reprised his "Breaking Bad'' role of Ed Galbraith, a vacuum repairman who specializes in
relocating people running from the law, giving them new identities for a hefty fee.

"I met him on the movie Alligator 40 years ago, and then again on BB,'' Cranston tweeted. "I never forgot how kind and generous he was to a young kid just starting out in Hollywood.''