Three House committee chairmen have subpoenaed Perry to provide the documents by Oct. 18, “pursuant to the House of Representatives’ impeachment inquiry,” they said in a nine-page letter.

“Recently, public reports have raised questions about any role you may have played in conveying or reinforcing the President’s stark message to the Ukrainian President. These reports have also raised significant questions about your efforts to press Ukrainian officials to change the management structure at a Ukrainian state-owned energy company to benefit individuals involved with Rudy Giuliani’s push to get Ukrainian officials to interfere in our 2020 election,” the letter said. 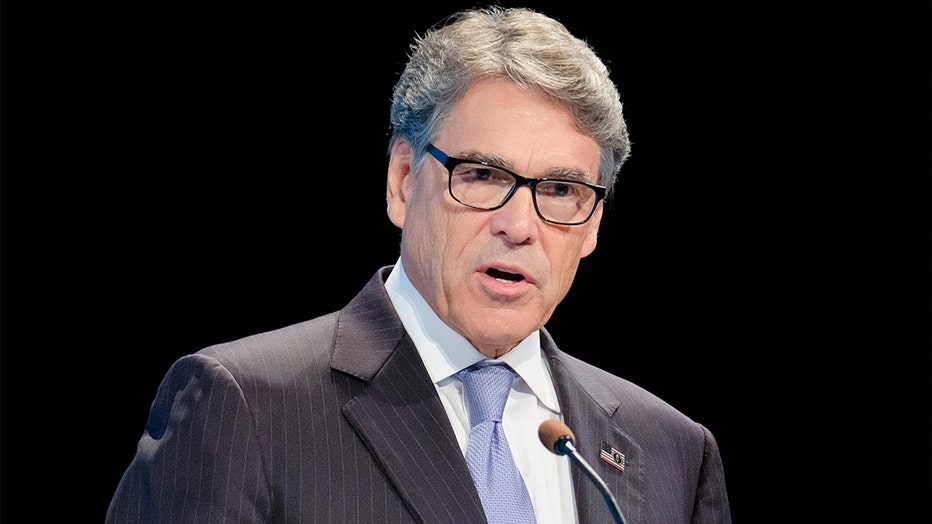 “The Committees are investigating the extent to which President Trump jeopardized U.S. national security by pressing Ukraine to interfere with our 2020 election and by withholding a White House meeting with the President of Ukraine and military assistance provided by Congress to help Ukraine counter Russian aggression, as well as any efforts to cover up these matters,” the three chairmen wrote.

The letter said the subpoenaed documents “shall be collected as part of the House’s impeachment inquiry” and will be shared with the three committees as well as the House Judiciary Committee.

“Your failure or refusal to comply with the subpoena, including at the direction or behest of the President or the White House, shall constitute evidence of obstruction of the House's impeachment inquiry and may be used as an adverse inference against you and the President,” the letter said.

The Department of Energy did not immediately respond to a request for comment regarding the subpoena of Perry.

As Rudy Giuliani was pushing Ukrainian officials last spring to investigate one of Donald Trump's main political rivals, a group of individuals with ties to the president and his personal lawyer were also active in the former Soviet republic.

Their aims were profit, not politics. This circle of businessmen and Republican donors touted connections to Giuliani and Trump while trying to install new management at the top of Ukraine's massive state gas company. Their plan was to then steer lucrative contracts to companies controlled by Trump allies, according to two people with knowledge of their plans.

Their plan hit a snag after Ukrainian President Petro Poroshenko lost his reelection bid to Volodymyr Zelenskiy, whose conversation with Trump about former Vice President Joe Biden is now at the center of the House impeachment inquiry of Trump.

But the effort to install a friendlier management team at the helm of the gas company, Naftogaz, would soon be taken up with Ukraine's new president by U.S. Energy Secretary Rick Perry, whose slate of candidates included a fellow Texan who is one of Perry's past political donors.

It's unclear if Perry's attempts to replace board members at Naftogaz were coordinated with the Giuliani allies pushing for a similar outcome, and no one has alleged that there is criminal activity in any of these efforts. And it's unclear what role, if any, Giuliani had in helping his clients push to get gas sales agreements with the state-owned company.

But the affair shows how those with ties to Trump and his administration were pursuing business deals in Ukraine that went far beyond advancing the president's personal political interests. It also raises questions about whether Trump allies were mixing business and politics just as Republicans were calling for a probe of Biden and his son Hunter, who served five years on the board of another Ukrainian energy company, Burisma.

On Friday, Trump told a group of Republican lawmakers that it had been Perry who had prompted the phone call in which Trump asked Zelenskiy for a "favor" regarding Biden, according to a person familiar with Trump's remarks.

The person, who spoke to the AP on condition of anonymity to describe a closed conversation among GOP officials, recounted that Trump said it was Perry who asked him to make the July call to discuss "something about an LNG (liquefied natural gas) plant." Trump's remarks were first reported Saturday by the news site Axios.

While it's unclear whether Trump's remark Friday referred specifically to the behind-the-scenes maneuvers this spring involving the multibillion-dollar state gas company, The Associated Press has interviewed four people with direct knowledge of the attempts to influence Naftogaz, and their accounts show Perry playing a key role in the effort. Three of the four spoke on condition of anonymity for fear of retaliation. The fourth is an American businessman with close ties to the Ukrainian energy sector.

A spokeswoman for the U.S. Energy Department said Perry, a former Texas governor and Republican presidential candidate, was not advancing anyone's personal interests. She said his conversations with Ukrainian officials about Naftogaz were part of his efforts to reform the country's energy sector and create an environment in which Western companies can do business.

Perry was asked about the AP's reporting on Monday while in Lithuania, where he was meeting with officials from Ukraine and other eastern European countries to discuss energy security and cooperation. He said any suggestion that he tried to force a management change at Naftogaz was a "totally dreamed up story.“

"We get asked for our recommendations about people who are experts in areas, various areas," Perry said. "Folks who have expertise in particular areas. Obviously having been the governor of the state of Texas, I know a lot of people in the energy industry.“

Perry also confirmed he had urged Trump to call Zelenskiy, but said the subject was the potential growth of Ukraine's energy sector.

"Absolutely, I asked the president multiple times, 'Mr. President, we think it is in the United States' and in Ukraine's best interest that you and the president of Ukraine have conversations, that you discuss the options that are there,'" Perry said, recounting his conversations with Trump.

The Trump and Giuliani allies driving the attempt to change the senior management at Naftogaz, however, appear to have had inside knowledge of the U.S. government's plans in Ukraine. For example, they told people that Trump would replace the U.S. ambassador there months before she was actually recalled to Washington, according to three of the individuals interviewed by the AP.

One of the individuals said he was so concerned by the whole affair that he reported it to a U.S. Embassy official in Ukraine months ago.