A hoverboard demonstration over the weekend ended when the board flipped, sending the rider into the Detroit River. Video courtesy of Lorenzo Smith

DETROIT (FOX 2) - A hoverboard flipped into the Detroit River during an auto show demonstration Sunday.

The rider was over the river showing off the board when the board flipped over, sending the rider head-first into the water. Police boats nearby responded to help them out of the water. 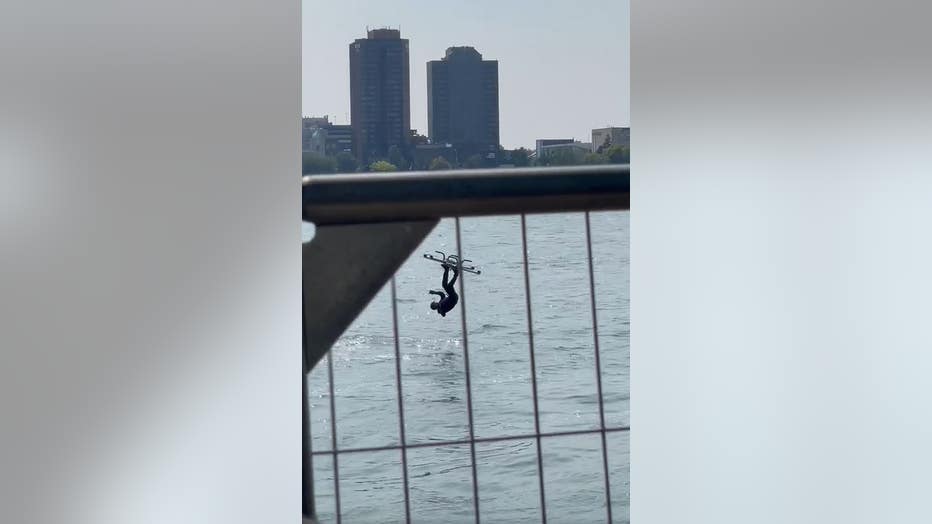 This year's auto show has focused on cars and trucks, as well as the sky.

The Coast Guard closed part of the river to boats for air demonstrations over the weekend as part of the Detroit Auto Show, which runs through Sept. 25. Attendees could see airplanes, hoverboards, and jetpacks in action.

A hoverboard rider was flipped into the Detroit River while showing off the board during the auto show. Video courtesy of Gabrielle White