COMPTON, Calif. - A massive fire in an industrial area of Compton lit up the sky Friday morning, engulfing piles of wooden pallets and spread to a nearby bus yard, damaging several buses, but no injuries were reported. 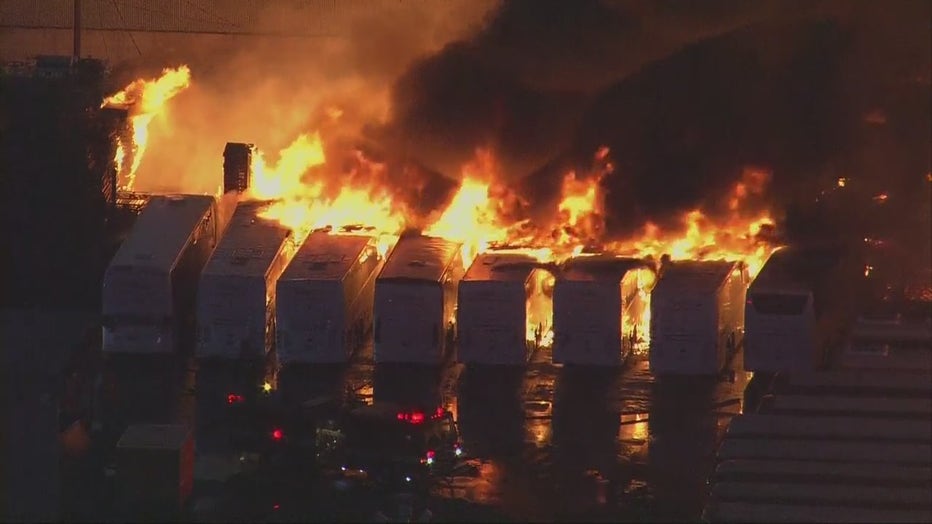 The fire was first reported about 4:45 a.m. near the intersection of Santa Fe and Banning avenues.

A giant plume of black smoke could be seen from miles around, including West Los Angeles. 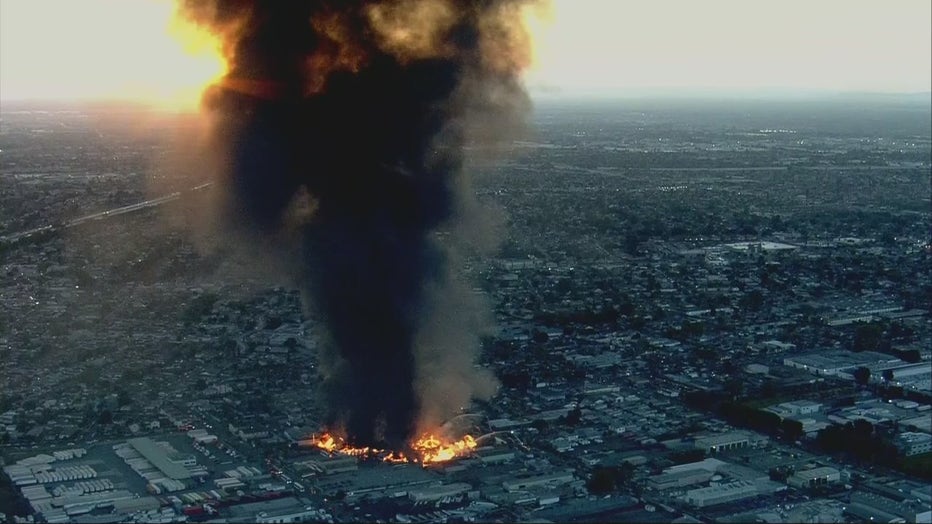 Firefighters worked to prevent the flames from spreading outside the perimeter of the commercial property, an effort that that appeared to have been successful.

The fire was largely extinguished within about three or four hours, but firefighters remained on scene afterward dousing hot spots.

At one point, some problems were reported in maintaining water pressure at the location, and some power lines were downed, according to FOX 11's Stu Mundel.

FOX 11's Mario Ramirez spoke to residents who live in the 3000 block of N. Santa Fe Avenue who were evacuated early Friday morning as crews were working to contain the blaze.

Yvette Phillips described her experience when firefighters woke her Friday morning telling her she needed to evacuate her residence.

"I got a beating at my door about 5:30 and I opened it and the police pushed the door open and I tried to run back into my bedroom and they asked me where I was going and I said, ‘my daughter is in the bed’ so the firemen came in and just picked her up and carried her out… she’s a little shaken up and stuff," recalled Yvette Phillips.

A source within the Compton Fire Department told the Los Angeles Times that the call initially came in as a "pole fire" involving Southern California Edison equipment.

Edison spokesman Robert Villegas told The Times that at least three nearby customers were without power and that repair crews were in the area, but he could not provide further details about the blaze.

Firefighters from the Compton Fire Department were assisted by personnel from the Los Angeles County, Santa Fe Springs, Montebello and Downey fire departments.