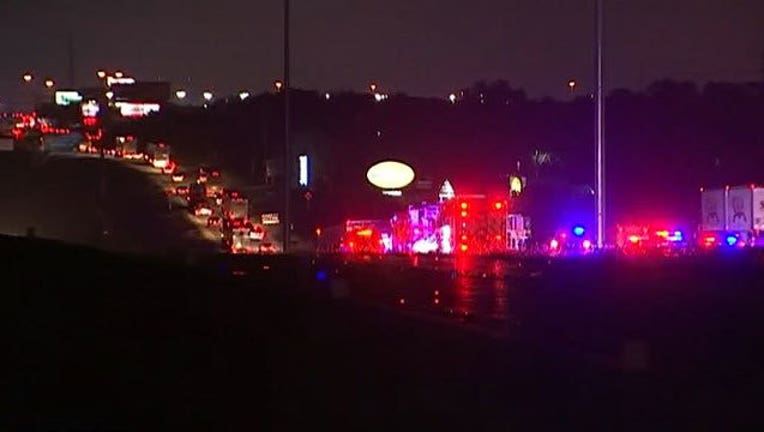 Northbound I-35 at William Cannon has reopened after a crash involving two semi trucks and a third car.

Traffic was backed up all the way to FM 1626 which is about 14 miles from the crash site. Cars were rerouted to the frontage road and TxDOT waived the toll fees for SH 130.

The crash happened at around 2 a.m. Officials say one of the trucks stopped for construction and was hit by the other semi which was then hit by another car.

A driver in one of the semis was pinned and was seriously hurt. Austin Fire Department officials say they were faced with a difficult extraction because they had to disassemble the cab to free the driver and that it took about 90 minutes. The driver's current condition is not known.

Officials say they also had to clean up a lot of diesel which had spilled onto the road.