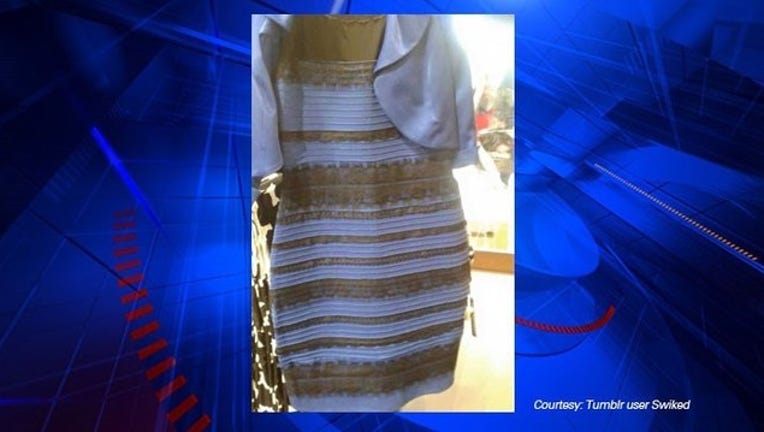 We will admit that it's a rather frivolous debate. Nevertheless it's something that practically everyone is talking about and it's all over the color of a dress.

It all started simply enough. Tumblr user Swiked posted a picture of a dress and for some reason it appears to change colors from person to person. Some say it's blue and black while others say it's white and gold.

It's a debate that's even got celebrities like Taylor Swift, Julianne Moore and B.J. Novak weighing in.

So what's the deal? Several people have weighed in but it seems Wired has the most detailed examination. Wired's research says it all boils down to the way our eyes and brains have evolved to see color in a sunlit world. You can read the article here.

The Associated Press also has a detailed look into the debate here.

But we're guessing it's probably not going to change people's minds, so what color do you think the dress is?