Hosted by Joel McHale, Crime Scene Kitchen is an all-new baking competition complete with a unique twist. The show premieres Wednesday, May 26 on FOX.

LOS ANGELES - Can you walk into a kitchen and figure out what’s been baked solely by the ingredients and clues left behind?

"There’s a lot of baking shows out there, and this one’s different, because these teams of bakers don’t necessarily know if they’re getting it right. And, they only get two minutes in that kitchen to gather the evidence that they can get, and then they’re baking for a few hours, and they can’t see or hear what the other team’s doing, and that part of it, the mystery and the unboxing part of it, I found truly, personally fascinating," McHale told FOX Television Stations. 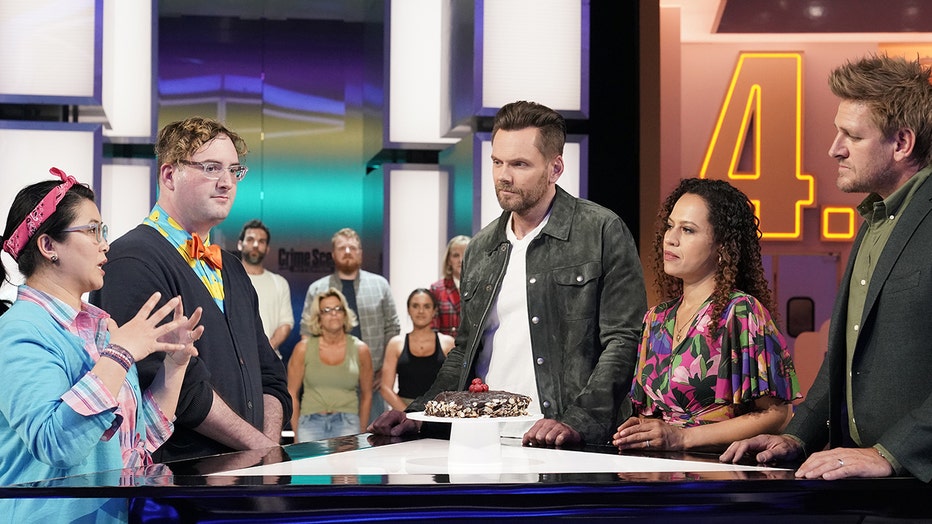 Each episode begins at the scene of the crime – a kitchen that was just used to make an amazing mouth-watering dessert that has since disappeared. The chef teams of two are challenged to scour the kitchen for clues and ingredients to figure out what was baked. Next, each team must duplicate the recipe based on their guess.

"The accuracy is the most important thing," Yolanda Gampp, who judges the show alongside Curtis Stone, said. "We’re looking for something very specific, and on top of that, we want it to look good and taste even better."

To take the $100,000 prize, the competing dessert makers will need to prove they have the technical know-how, imagination and problem-solving skills needed to decode and re-create incredible desserts and cakes from across the world.

"The successes are spectacular and the misses are also spectacularly off," McHale, 49, joked.

"It will leave you guessing," Gampp, affectionately known by her fans as the "Beyonce Of Cakes," shared. "It seems like an unlikely mashup, but it really works."

This new show comes after McHale recently participated as a guest panelist on FOX’s hit show "The Masked Singer."

"It would definitely be an undertaking to do," McHale responded on whether he would ever participate as a contestant on the show. "The pressure is no joke. Those folks work really hard."

The actor, comedian and television host will also celebrate his 50th milestone birthday this November.

"I’m trying to get Yolanda to bake me a cake and mail it to me from Toronto," McHale said.

You can watch the all-new serious premiere of episode of Crime Scene Kitchen Wednesday, May 26 at 9 ET/PT.