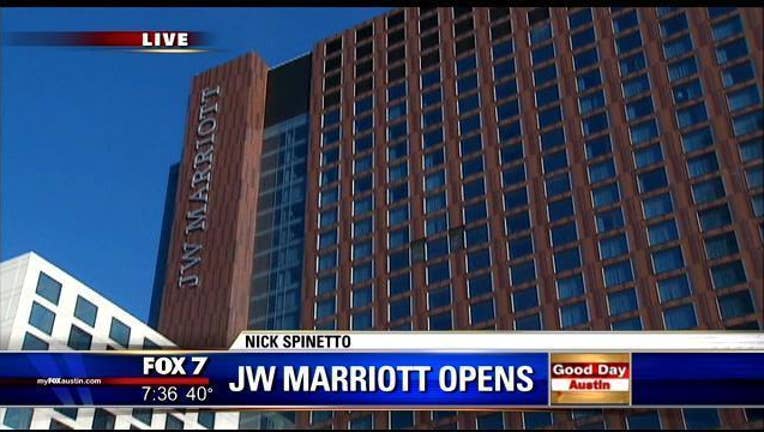 JW Marriott Austin will check-in its first guest at 10 a.m. this morning. The hotel is donating a weekend stay to a member of the Armed Forces and his family. They will be the hotel's first honorary guests.

The JW Marriott Austin is located in the heart of Downtown on Congress and Second Street. Construction began more than two years ago.

The 34 story hotel is not only the largest hotel in Austin but also the largest JW Marriott in North America and second largest Marriott hotel in the world.

The 1,012 room hotel has three restaurants, a coffee shop, more than 112,000 square feet of meeting and event space and brings more than 800 jobs to Austin.

It cost $300 million to build and many of the hotel's rooms are already booked through 2021.