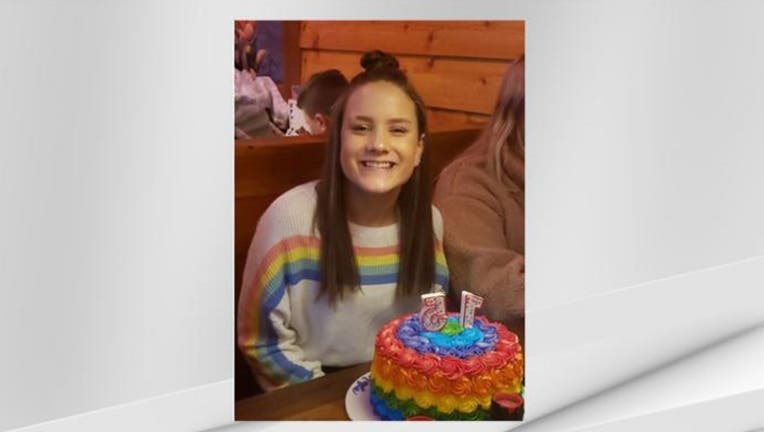 LOUISVILLE, Ky. - A Louisville, Ky. high school student is claiming she was expelled over a photo of her posing with her birthday cake — because the cake and the sweater she was wearing were both decorated with rainbows.

However, the private Christian school denies the allegations, and claims there is more to the story.

Kayla Kenney was celebrating her 15th birthday with family when her mom, Kimberly Alford, snapped a photo of Kenney smiling with her cake, and posted the picture on Facebook.

“She was happy, she looked beautiful,” Alford told WAVE.

Alford said that shortly after she posted the photo, she was contacted by the head of Whitefield Academy, Dr. Bruce Jacobson, who informed her that Kenney, who had been attending the private school for four years, was expelled because of the social media post.

According to Alford, she claims the Kentucky school informed her that the color of her daughter’s cake and the sweater she was wearing was “demonstrat[ing] a posture of morality and cultural acceptance contrary to that of Whitefield Academy’s beliefs.” Rainbow is often used as a symbol for LGBTQ+.

Alford has said that the shirt and cake were not used to make a statement about orientation and that her daughter is not gay.

“There was nothing intended by [the rainbow color], and even when I went back and got the receipt from the bakery, it didn’t say anything about representation, it just said assorted colors,” Alford said to WAVE.

In a statement to Fox News, the school, however, maintains that the decision was not “solely for a social media post,” but because of violations of the student code of conduct “numerous times over the past two years.”

“In the fall, we met with the student to give her a final chance to begin to adhere to our code of conduct. Unfortunately, she did not live up to the agreement, and therefore, has been expelled,” the statement read.

“Whitefield Academy is a Christian-based school with a 43-year history of educating students in a learning environment informed by our shared Christian values. All parents who enroll their children in our private school know up front that we ask the students to adhere to a lifestyle informed by our Christian beliefs.”

The school did not explicitly state what the “numerous” violations were, or whether they occurred on campus or outside of the school. According to Whitefield Academy’s Code of Conduct, students can be punished for “lifestyle violations” that happen off-campus.

Alford claims the school would not meet with her, but changed the expulsion to a voluntary withdrawal. The mom has since enrolled Kenney in public school, but is appealing the expulsion at Whitefield.

“You know we teach our kids ‘what would Jesus do?’" Alford said to WAVE. "What would he do here?”

Kimberly Alford was not immediately available to talk when contacted.