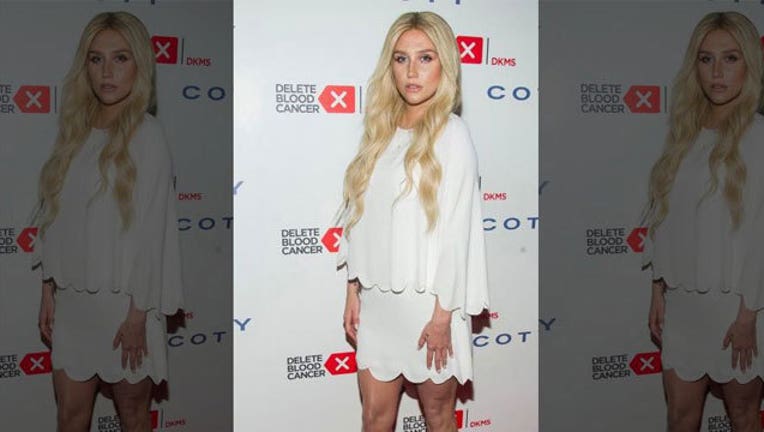 NEW YORK (AP) — Kesha, who was readying a live performance at Sunday's Billboard Music Awards , is no longer performing at the show.

Dick clark productions said in a statement Tuesday that Kesha initially accepted its invitation to perform at the May 22 show and "received written approval from Dr. Luke's record label, Kemosabe Records." But the label "rescinded its approval following a media report on Wednesday May 11th," the statement continued.

Dr. Luke and Kesha have been at war since she accused of him of drugging, sexually abusing and emotionally tormenting her. She is signed to his record label and they co-wrote many of her hits together, including "Tik Tok" and "We R Who We R." The New York Daily News reported that she planned to take swipes at Dr. Luke during her performance.

Representatives for Dr. Luke and Kesha did not immediately respond to requests for comment.

Executive producer Mark Bracco said in an interview with The Associated Press on Tuesday that there's a chance Kesha's performance could happen Sunday.

"Honestly it would be really disappointing if she can't be (there)," he said. "What was being planned would be a great moment and a great performance and a great song, and we hope that they can work it out because we'd really like for her to be on the show Sunday night and really show herself as the great musical artist that she is."

Bracco added that Kesha was not planning on performing an original track at the show.

"We were working on her team on what would be the best song for her to do. What I can say is that it was not one of her own songs. It was someone's song," he said.

The Billboard Awards, to be hosted by Ludacris and Ciara, will air live on ABC from the T-Mobile Arena in Las Vegas. Madonna will honor Prince's legacy at the show, and other performers include Britney Spears, Justin Bieber, Ariana Grande, the Go-Go's, Celine Dion, Pink and Meghan Trainor.

Nominees for top artist include Bieber, Taylor Swift, Drake, the Weeknd and Adele, who won't attend the show because of her tour but will debut a new music video at the event.