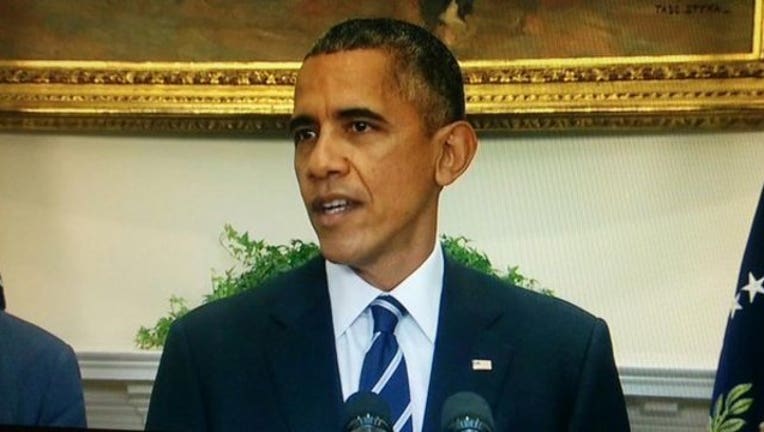 The 1,179-mile proposed pipeline wouldn't have lowered U.S. gas prices, Obama said, nor would it have contributed to U.S. jobs long-term or make the U.S. less dependent on foreign energy. Flanked by Vice President Joe Biden and Secretary of State John Kerry, Obama also said the proposed project had taken on an "overinflated role" in U.S. political discourse and had been used as a "campaign cudgel" by supporters and opponents alike.

Killing the pipeline allows Obama to claim aggressive action on the environment. Yet it also puts the president in a direct confrontation with Republicans and energy advocates that will almost surely spill over into the 2016 presidential election.

"This pipeline would neither be a silver bullet for the economy, as was promised by some, nor the express lane to climate disaster proclaimed by others," Obama said at the White House.

Obama also noted that he would travel to Paris in a few weeks to meet with world leaders at an international climate summit. The leaders are expected to finalize a major global climate pact that Obama hopes will be a crowning jewel for his environmental legacy.