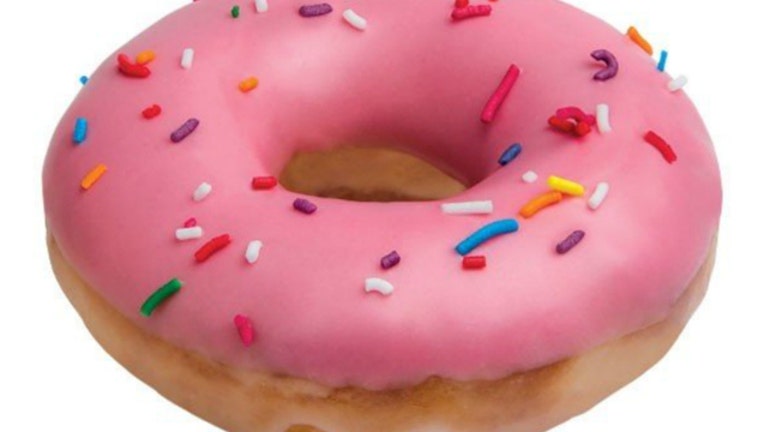 FOX NEWS - Simpsons fans can finally get a taste of the hot pink sprinkles-covered donuts Homer’s been munching on for years.

Krispy Kreme is selling the appropriately named Simpsons D'ohnut, which is covered in strawberry-flavored white chocolate truffle icing and topped with rainbow sprinkles, according to Delish.

The D’ohnut comes in both a one-pack and four-pack in a Simpsons-themed box, featuring an image of Homer laying in a mountain of doughnuts, making it all the more perfect for fanatics of the cartoon.

Unfortunately, this sweet treat is only available in Australia at select Krispy Kreme and 7-Eleven stores through the month of April.

While many people on social media expressed their excitement over this limited-edition launch, others found the donut to be less than desirable.

“I found these donuts to be very very sweet. Sweeter than the normal ones. Plus the icing on the Simpson’s donuts is very thick and not thin like say the original glaze or even the strawberry glazed. It wasn’t that amazing,” one person wrote on Instagram.

Regardless of how they taste, the Simpsons D'ohnut’s look about as close to the cartoon version as possible.