Where is the snow? Many along the I-95 corridor await their first measurable snow

As the country marches into the heart of winter, New York City, Washington D.C., Philadelphia, and other cities along I-95 are still awaiting their first measurable snowfall. (Credit: Fox Weather)

As the country marches into the heart of winter, several cities along the I-95 corridor have yet to record their first measurable snow of the season. 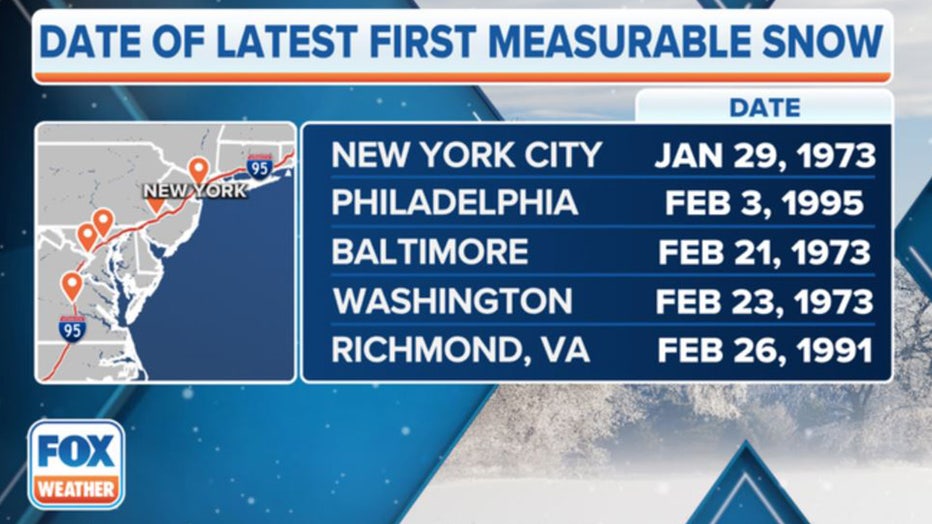 One of those cities, New York City, has been snowless since March 9. At 308 days, this is the 4th-longest snowless streak the city has ever seen. New York’s record for consecutive snowless days is 322, also set in 1973. 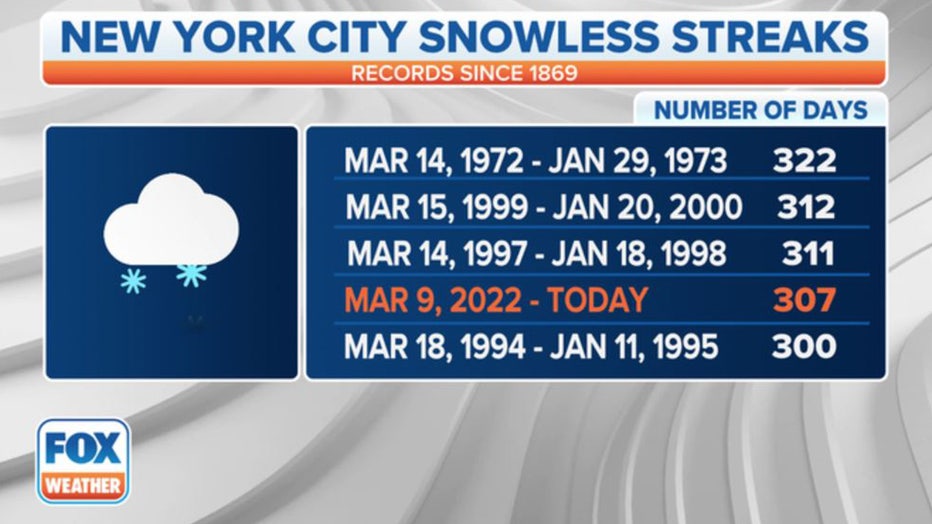 NYC is currently in the midst of its fourth longest snowless streak. (FOX Weather)

New York typically sees its first measurable snowfall by Dec. 11. The latest the city has received its first snowfall was Jan. 29, 1973.

WHERE IS THE SNOW? US APPROACHES MIDPOINT OF METEOROLOGICAL WINTER

A little further up I-95, the City of Brotherly Love is nearing its own record for latest first snowfall. In 1995, Philadelphia didn’t see snow until the day after Groundhog Day – Feb. 3. As with D.C., Philly hasn’t had snow accumulate since March 12, 2022. 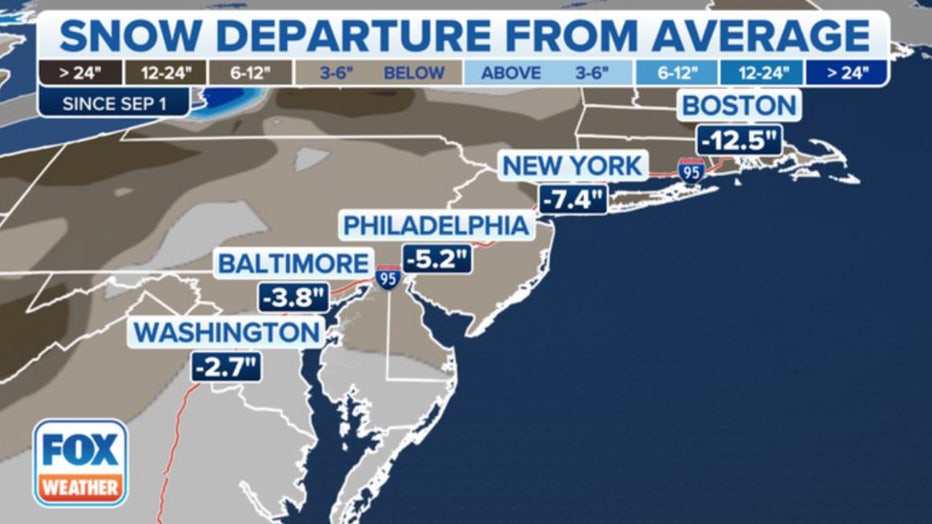 Many in the northeast are seeing less snow this winter than average. (FOX Weather)

Further to the south, Baltimore, Maryland and Richmond, Virginia, are quickly approaching their latest first snow records of Feb. 21 and 26, respectively.

NOAA's monthly forecast for January projects temperatures along the I-95 corridor to remain above average, with any incoming precipitation remaining in the form of rain. If the forecast holds, each of these cities could get close to their snowless streak records.