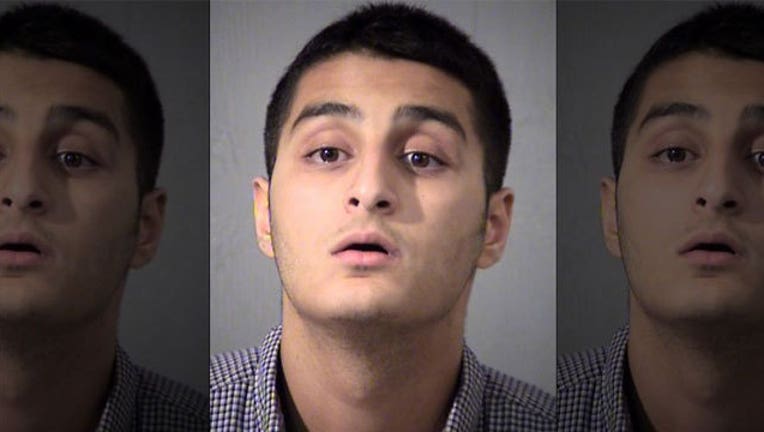 PHOENIX (AP) — A Tucson man has been arrested by the FBI and the Arizona Attorney General's Office for threatening to commit acts of terrorism on Arizona government buildings.

He was ordered held without bond in Maricopa County Jail.

However, she says authorities are not aware of any threats Khan made that involved the Fourth of July holiday weekend.

Garcia did not know if Khan had retained an attorney.

A message left at a phone number listed for Khan was not immediately returned.