AUSTIN, Texas - A man police say carried an AK-47 around a Jeep dealership in Northwest Austin in early January has been arrested on three felony warrants. 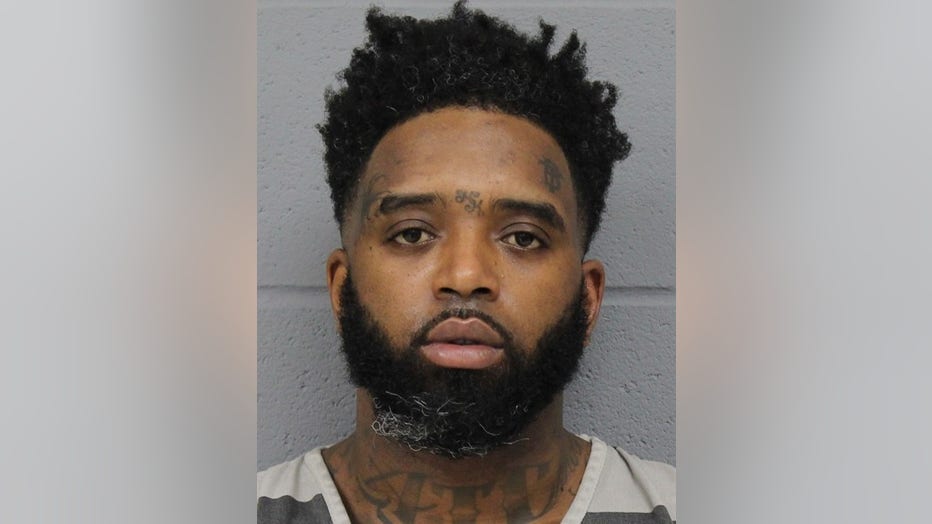 APD says that just before 11 a.m. on Jan. 3, a black Dodge Charger pulled up to the service center at the Nyle Maxwell Supercenter on N. FM 620, to the garage bay and waited for the pressure sensor to open the garage door. The garage had been malfunctioning that day and did not respond to the sensor. The driver then went forward, striking the garage door multiple times and then parked after being unable to force it open.

The driver, later identified by APD as Paynes, got out of the Charger holding an AK-47 pistol. As he got out, employees and customers began to flee and hide, believing him to be an active shooter. After a few minutes of walking around and appearing to look for someone, he left the scene in the Charger.

A search warrant was executed on Paynes’ residence in Travis County on Jan. 12, and the AK-47 pistol loaded with a forty round magazine was recovered in the Dodge Charger along with three semi-automatic pistols and two AR-15 rifles during the warrant, says APD.

Anyone with information about this incident such as customers who fled, or other violent crime is asked to call the APD Aggravated Assault Unit at 512-974-4463, Crime Stoppers at 512-472-TIPS or use the new Crime Stoppers App. You can also submit tips by downloading APD’s mobile app, Austin PD, for free on iPhone and Android.