AUSTIN, Texas - A federal jury has convicted a Cedar Park man for attempting to make a Molotov cocktail during a protest last year in Austin.

27-year-old Cyril Lartigue faces a maximum of 10 years in prison and is scheduled to be sentenced on Feb. 4. 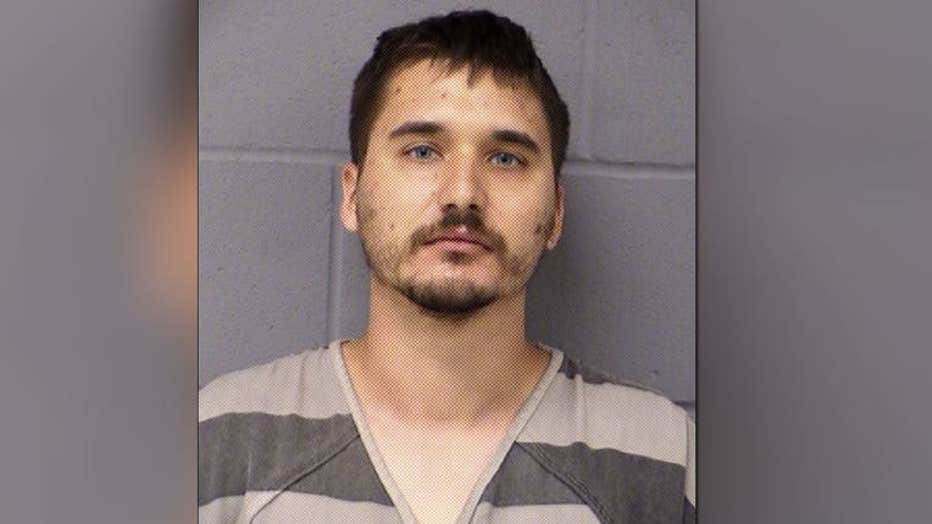 Court documents show that fire/arson investigators with the Austin Fire Department (AFD) spoke to Lartigue who denied making the device and also denied igniting any of the intentionally set fires in the area. They examined Lartigue's backpack and found items including a yellow safety hard-hat, a lighter, a bottle labeled for lighter fluid, and several small sections of cloth material.

Officials then looked at HALO camera footage which showed a man, who was identified by police as Lartigue, wearing items found in Lartigue's backpack. The man is seen squatting near a portable toilet near the headquarters of the Austin Police Department (APD) and the Municipal Court building entrance.

The video reportedly shows Lartigue opening a beer bottle, pouring out its contents, retrieving material from his backpack, and then stuffing that material into the mouth/opening of the bottle.

It's at that moment, at around 10:42 p.m., Austin police officers approach the area and Lartigue is seen leaving the area but leaving behind the device.