Police said the getaway vehicle struck and injured another woman who was walking her dog a short distance away. That was caught on surveillance video.

ARLINGTON, Texas - Arlington police are trying to find the killer who stabbed and robbed a couple during their evening walk Wednesday.

The attack happened just after 9 p.m. near South Collins and Southeast Parkway.

The husband died, and his wife was treated for injuries at a hospital.

Police said the getaway vehicle struck and injured another woman who was walking her dog a short distance away. That was caught on surveillance video.

The attack was unprovoked, police said. The couple complied with every demand to give up everything they had, but they were still brutally stabbed and beaten.

Police say 44-year-old Islam Duly was out for a walk with his wife when he was pushed to the ground and stabbed during a robbery.

“As the husband was on the ground, he was able to obtain some personal property and then walked over and continued to repeatedly stab the husband multiple times,” Lt. Cook said.

“They were stabbed in the neck, the head, all over the upper torso many, many times, the husband over a dozen times. The wife also had multiple stab wounds, they were also punched,” Cook added.

Police said the attacker fled on foot towards a nearby Dollar General, where they believe a getaway driver was waiting.

Arlington police are trying to find the killer who stabbed and robbed a couple during their evening walk Wednesday.

Detectives believe the suspects drove down Southeast Parkway, turning quickly into a neighborhood across the street from Ousley Junior High, hitting a woman who was walking her dog.

The dog was killed and police said the woman is lucky to be alive, landing in a neighbor’s yard.

“The suspect vehicle stopped and this woman that was seriously injured after being run overheard one of the suspects yell, ‘Tay, grab her wallet,’” Cook said.

“Pretty shocking because it’s always quiet around here. Everybody knows each other,” said Jerry Marshall, who lives nearby. “I just find it hard to believe.”

Police were able to recover some surveillance video showing grainy images of the suspect vehicle, a sedan. But they are urging residents in the area to check their surveillance systems for any clues.

“Please take the time to look at your cameras from 8:30 to 9:30 [Wednesday] night in that area to see if you captured something,” Lt. Cook said.

Police are also looking at other similar robberies to see if there may be a connection, adding that a robbery and stabbing that happened Monday night at a 7-Eleven.

In the 7-Eleven robbery off Sublett Road, the store clerk was stabbed and robbed. She survived, but police believe the man who did it returned to the store Wednesday and stole the getaway car used during the robbery and stabbing of the Arlington couple.

“We are really needing the public’s help on this case to bring the person on persons responsible to justice,” said Interim Arlington Police Chief Kevin Kolbye. “Our hearts go out to the victims and families impacted by these acts of violence.” 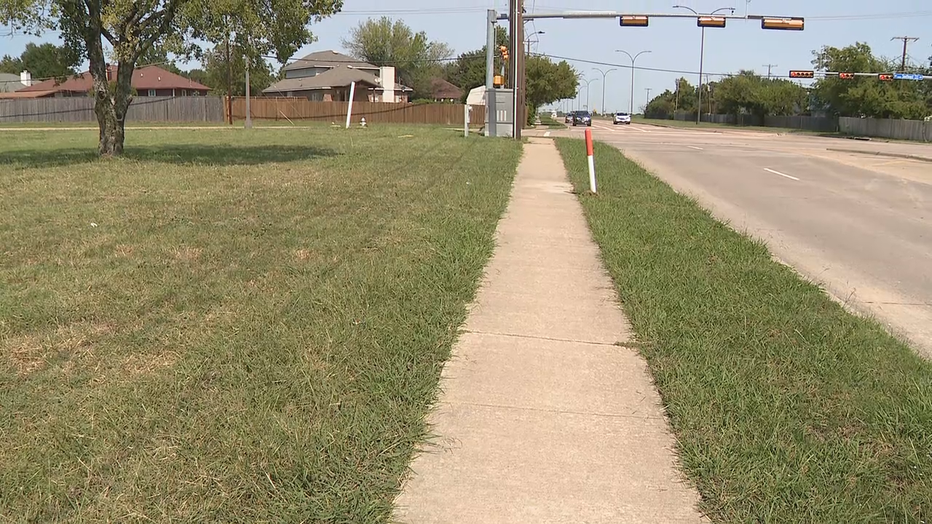 Anyone with information is asked to call the Arlington Police Department or Tarrant County Crime Stoppers. Tipsters can remain anonymous and may be eligible for a reward.