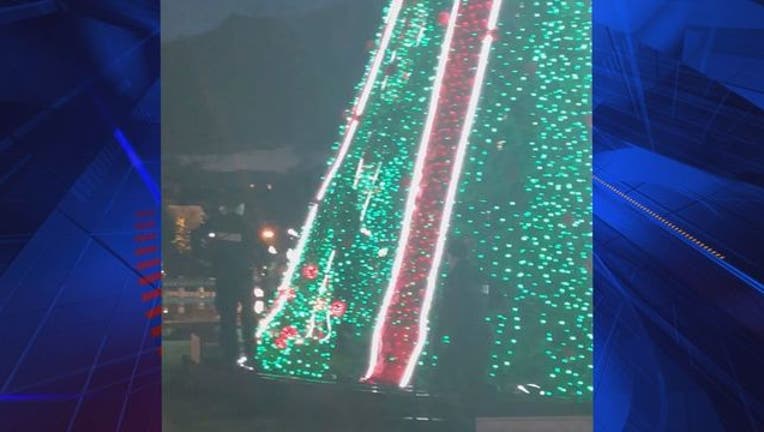 WASHINGTON - Park police and fire crews responded to the National Christmas Tree after a man tried to climb it Friday night.

U.S. Park Police said the man appeared to be in “emotional distress.” Two negotiators responded to the scene.

The man climbed 15 to 20 feet up into tree, according to police.

The incident was reported around 5:45 p.m., and officials told FOX 5 that the man was out of the tree around 7 p.m.

They say he came down from the tree "of his own accord."

The man was reportedly taken to a local hospital for evaluation.

He has not been identified.

The National Christmas Tree site is closed, and tree lights will remain off until the National Park Service assesses the damage.

Saturday's holiday performance at President Park has been canceled.