The NYPD released this video showing the person detectives believe struck a man in a subway station with a sword in its scabbard.

NEW YORK - Panic erupted among commuters after a slashing with a sword, in a Lower Manhattan subway station.

The NYPD said it happened around 9:30 a.m. in a stairwell at the Chambers Street subway station on the A/C/E Line. The station is part of the World Trade Center transit hub complex.

Police said the violence started as a verbal argument between two men on a northbound A train as it approached the station.

"After both parties disembarked the train, the dispute turned physical when the individual struck the victim on the top of the head with a sword encased in its wooden sheath," the NYPD said in a release.

Although the sword's blade was not exposed, the scabbard caused a deep cut on the victim's head. EMS took him to a hospital in stable condition. He is expected to recover. 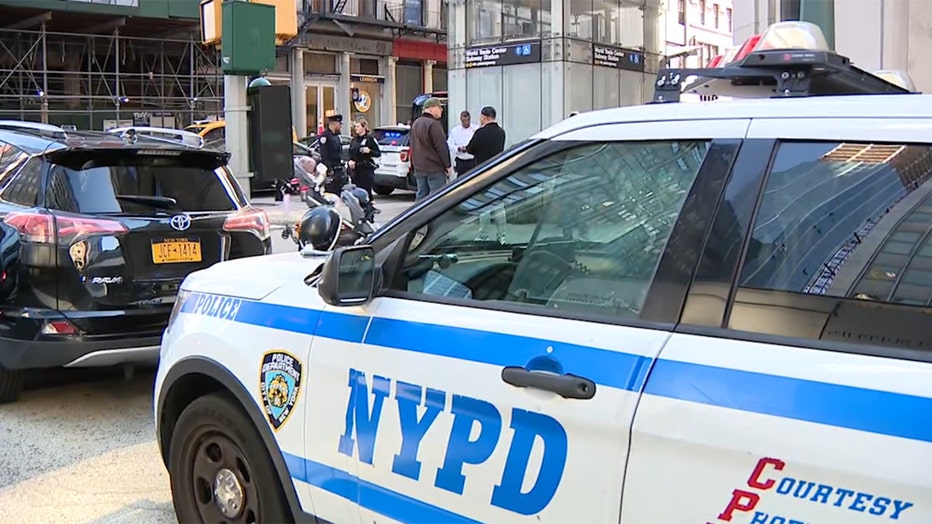 The attacker remains on the loose. The only description police released is that he was wearing all-black clothing. Video police released Thursday evening shows a man wearing a black tracksuit, a ball cap, and mirrored sunglasses walking through a subway turnstile. He is holding what appears to be a long, narrow object, presumably the sword, the video shows.

New York City Police were not sure if it happened on a train or on the platform.

One person at the scene said that people started sprinting out of a train when it got to the station. 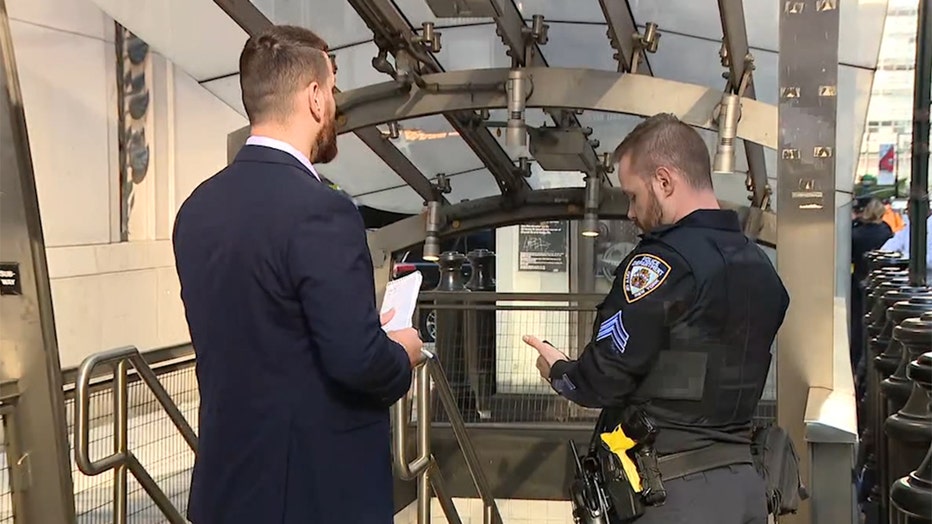 Police personnel outside an entrance to the Chambers Street subway station, Thursday, Oct. 20, 2022.