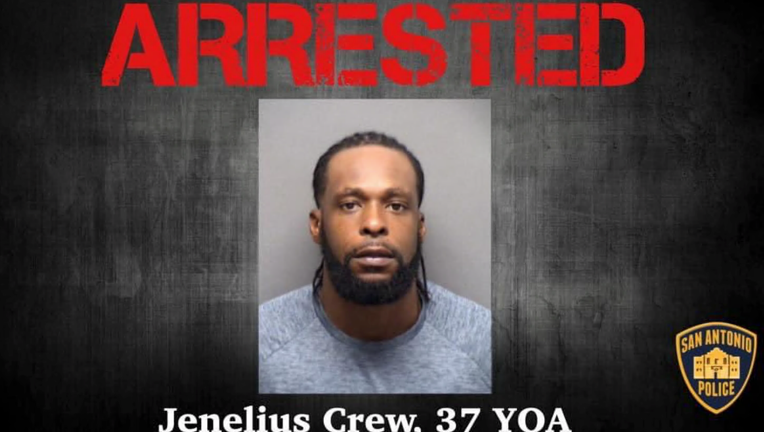 SAN ANTONIO, Texas - A man suspected of shooting eight people at a San Antonio bar on June 12 has been arrested.

According to San Antonio's KSAT, five women and three men, ages 23 to 41, were struck on Friday, June 12, after Crew allegedly opened fire after being denied entry into REBAR located in the 8000 block of Broadway. All eight victims are expected to recover from their injuries.

“It’s apparent that criminals don’t pay much attention to city limits, county and state lines or even the borders of the United States,” said U.S. Marshal and former Bexar County Sheriff Susan Pamerleau. “It’s the collaborative efforts and partnerships with state and local agencies that enable us to reduce violent crime across this nation.”

On June 16, members with the U.S. Marshal Task Force received information that Crew was staying in a hotel in Miami. During surveillance, Marshals observed Crew exit the hotel room and, together with the Broward County Sheriff's Office, took him into custody without incident. Crew was booked into the Miami-Dade County Jail.