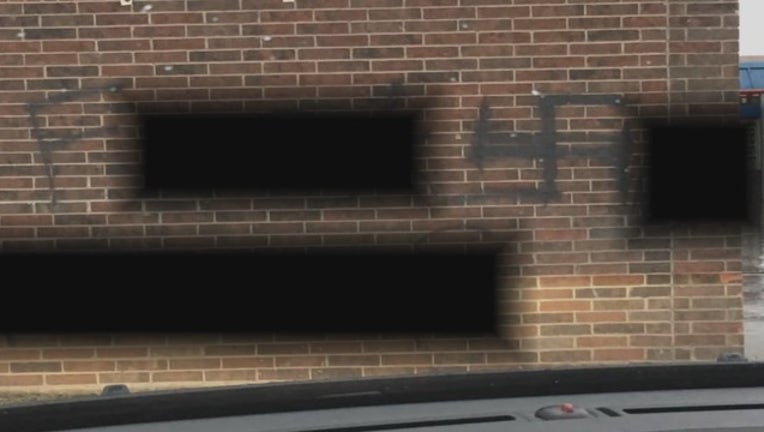 Arlington police announced they’ve made an arrest in a vandalism case the department's chief called a hate crime.

Police are currently withholding his mug shot, but they say he confessed and claimed he spray painted the racial terms in response to thieves who stole his bike in the same area.

Gutierrez was booked into jail on a misdemeanor charge, but the case will be referred to the DA's office for possible enhanced charges.