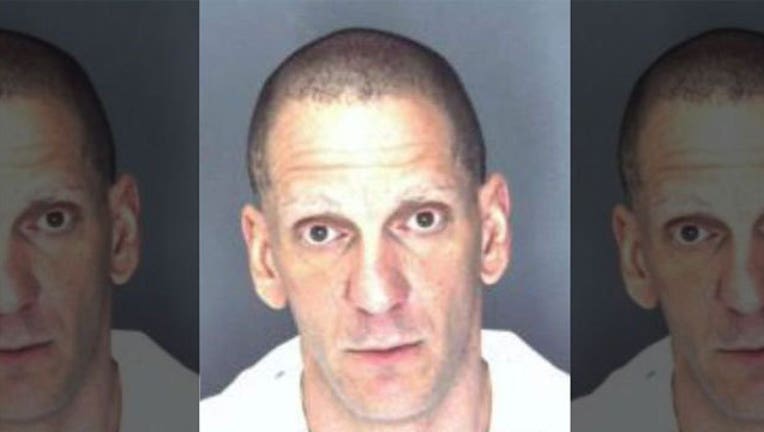 Perry Coniglio was arrested Tuesday in his room adjoining the victim's at a motel in Highlands. The motel sits next door to the police station in the Hudson Valley town, about 50 miles north of New York City.

Coniglio, 43, used brute force and intimidation to get the mentally diminished veteran to cooperate with him, police said. The elderly man has advanced dementia, according to police.

Police Chief Jack Quinn said the veteran received a "tremendous amount of money" each month in Social Security benefits, pension checks and food stamps, though investigators would not divulge the exact total.

The veteran was taken to a hospital for evaluation. His name hasn't been released by police.

Coniglio was being held Thursday in the Orange County Jail on $15,000 bail. The charges against him include grand larceny and unlawful imprisonment. The Legal Aid Society attorney representing him wasn't available for comment.

Coniglio, of nearby Highland Falls, was arrested during a police raid captured on video by WABC-TV in New York City. The footage shows police taking Coniglio into custody at gunpoint while the bearded veteran sat on a bed in his cluttered room at the U.S. Academy Motel.

Authorities said they were recently tipped off to the situation by neighbors, one of whom provided video showing the older man being physically abused outside his room.