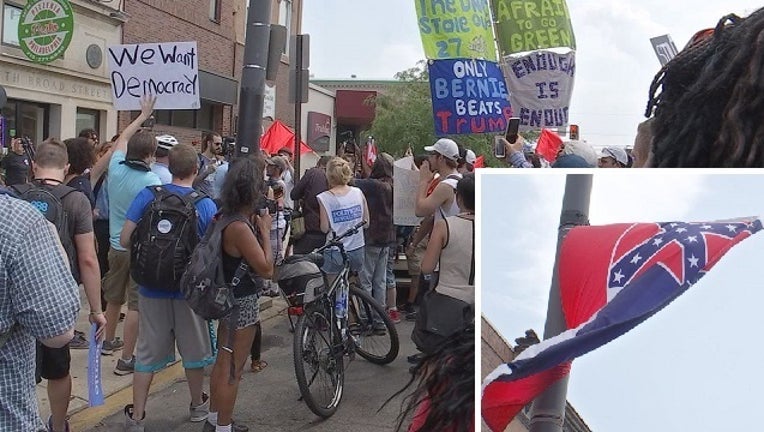 PHILADELPHIA (AP) - Philadelphia will remove Mississippi's state flag from a lamppost after a group of about 50 protesters sat in a roadway in protest while marching down Philadelphia's Broad Street ahead of the Democratic convention.

The flag includes the Confederate emblem.

Brian Abernathy, Philadelphia's first deputy managing editor, says that the flag and a second one nearby will be removed Monday night.

He says the city started to receive complaints from residents since the flags went back up as part of reinvigoration efforts of the so-called Avenue of the States ahead of the convention.

The flags of all 50 states fly from light poles flanking Broad Street.

Philadelphia police told the marchers they can't climb the pole and take the flag down. The crowd heckled the officers, telling them to think for themselves.