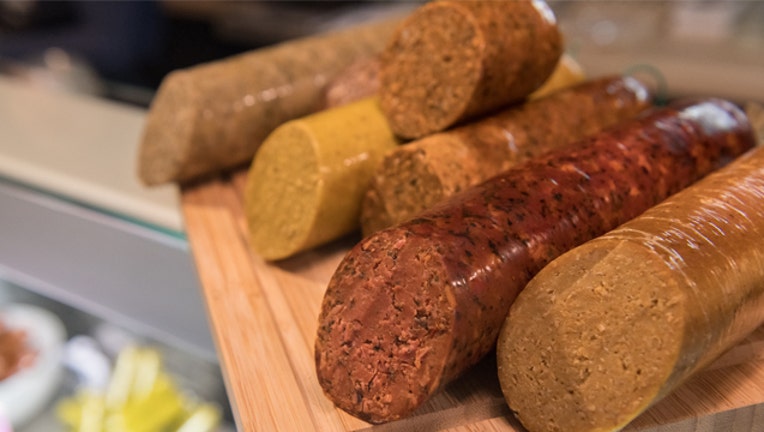 Vegan sausage products are displayed in Berlin, Germany. Since vegan and vegetarian food is a growing trend, more and more stores are specializing in pure herbal products as an alternative to conventional food. (Photo by Steffi Loos/Getty Images)

The provision approved Thursday states that a product cannot be marketed as meat if it isn't derived from an animal with two or four feet, the St. Louis Post-Dispatch reported . It's part of a package of changes to state agriculture and conservation laws on its way to the governor's desk.

The legislation is backed by the state's pork producers, the Missouri Farm Bureau and the Missouri Cattlemen's Association.

"We're not trying to mislead anyone. We're just trying to protect our product," said Republican Rep. Jeff Knight, who sponsored the legislation.

Companies that produce vegetarian-based meat-like products objected to the proposal, raising concerns about free speech in advertising. Some companies argued that Missouri labels will need to be different from the rest of the country.

"We need to embrace the future," Lavender said. "There are many people who are eating differently than they used to."

Democratic Rep. Tracy McCreery said she finds it disrespectful to consumers. "You guys are just trying to protect your marketing money," she said.

Missouri would be the first state to address the fake meat issue if the measure is signed into law.

"This isn't a Missouri issue," Deering said. "This is about protecting the integrity of the products that farm and ranch families throughout the country work hard to raise each and every day."