When a reporter for the Atlantic asked if the Twitter account “Pierre Delecto” belonged to Senator Mitt Romney, R-Utah, he said it was him in French.

WASHINGTON - When a reporter for the Atlantic asked if the Twitter account “Pierre Delecto” belonged to Senator Mitt Romney, R-Utah, he responded with “c’est moi.”

Romney, 72, had told the Atlantic in an interview that he used a secret Twitter account to keep tabs on the political conversation.

“What do they call me, a lurker?” he asked the reporter, as he held up an iPad. 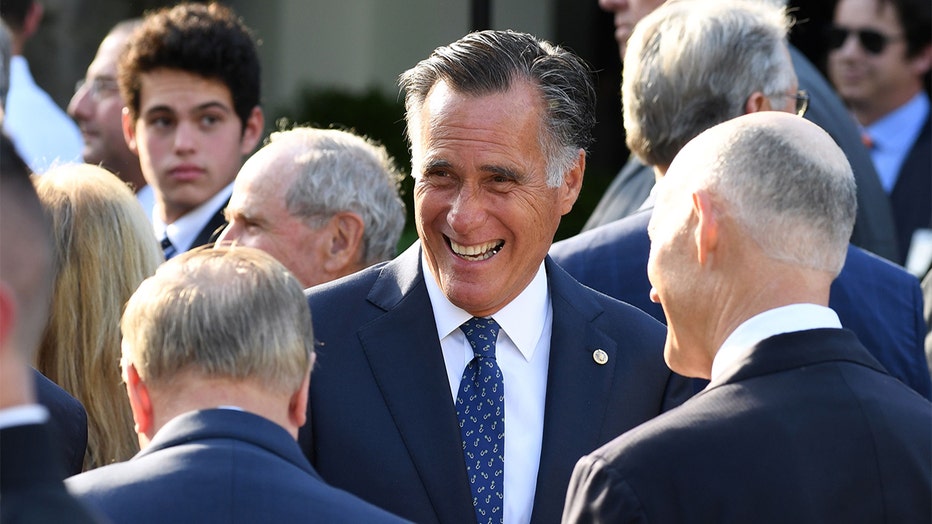 US Senator Mitt Romney (R-UT) attends a ceremony for US golfer Tiger Woods in the Rose Garden of the White House in Washington, DC, on May 6, 2019. (Photo by SAUL LOEB/AFP/Getty Images)

After the Altantic’s story was published, Slate identified a Twitter account with the name “Pierre Delecto” that appeared to match the senator’s description of his covert account. The account had the handle @qaws9876. Romney speaks French from his days as a Mormon missionary, according to NPR.

“When I spoke to Romney on the phone Sunday night, his only response was, ‘C'est moi,'” the Atlantic reporter said.

The Twitter account is private with its tweets protected. There is also no profile picture and no cover photo. As of Monday, the account is following 703 profiles and has 1,169 followers.

Romney’s “Pierre Delecto” account was created in July 2011, one month after his announcement that he was going to run for president, according to Slate.

Delecto’s account has only tweeted 10 times, the publication reported.

One of his tweets was in December 2015, when he asked Fox News “why isn’t your NH poll up on your web site?” the report said.

The next tweet came in May this year, when he responded to a Bloomberg reporter’s tweet, pointing out that he was one of the GOP senators sticking up for Richard Burr, the report said.

“John, agree on Trump’s awful decision, but what could the Senate do to stop it?” Romney tweeted in response to user @jwgop, according to Slate.