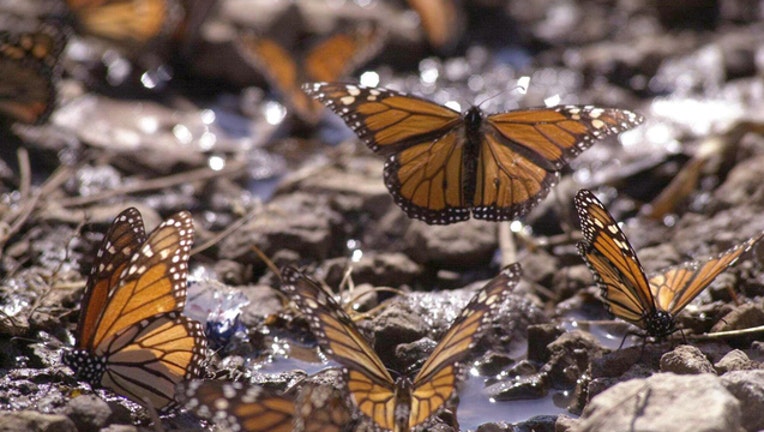 The number of monarch butterflies appears to be up dramatically, by almost as much as 144 percent, says Craig Wilson, senior research associate in the Texas A&M Center of Mathematics and Science Education and longtime butterfly enthusiast.

According to Wilson, the early figures for 2019 show many more monarchs than had been expected.

"Figures show the highest number of hectares covered since at least 2006," Wilson said. "Monarch numbers are usually measured in hectares, so that means about 15 acres are being used for their breeding grounds in northern Mexico."

Wilson said he believed the record low was in 2013-14 where only 0.65 hectares, or about 1.65 acres, were covered. By estimating of 50 million monarchs per hectare, 2019 may yield a total population of around 300 million.

Milkweed, which monarchs rely on for food, is fairly plentiful in Central Texas, where the butterflies pass through on their trip north from their breeding grounds in Mexico. Monarchs will have three more generations on their way to Canada.

"Texas is a crucial place for them - they have to pass through the state on their way north in the spring and lay eggs," Wilson said.

Milkweed is crucial for monarch populations as it is the only type of plant monarch caterpillars will digest.

Wilson said if Texas residents want to help the monarchs, they should ask their local garden centers and feed stores for milkweed and plant them.

College Station and Texas A&M students have pitched in as well to help, with personnel around Easterwood Airport agreeing to delay mowing around areas with flourishing milkweed plants and students planting milkweed in local parks and gardens as part of monarch community projects.