As NASA’s Mars Curiosity rover continues to venture along the vast landscape of the red planet, a series of unsettling photographs was recently sent back to Earth, capturing a truly eerie and lonely landscape.

LOS ANGELES - As NASA’s Mars Curiosity rover continues to venture along the vast landscape of the red planet, a series of unsettling photographs was recently sent back to Earth, capturing a truly eerie and lonely landscape.

The Curiosity rover has been on a hunt for evidence of past life on the planet, but recent photographs depict a visibly lifeless and desolate view of Gale Crater, a massive indentation on the planet’s surface estimated to be roughly 3 billion years old.

NASA said Curiosity has been exploring the Gale Crater for more than six years since it landed on Mars in late 2012, acquiring rock, soil and air samples for analysis and hunting for special rocks or materials that might present evidence of organic life.

According to a blog post by Kristen Bennett, planetary geologist at the USGS Astrogeology Science Center, Curiosity was traversing up a rock structure known as the Central Butte in hopes of studying the sedimentary layers of the rocky terrain. While doing this, the rover was able to capture dreary yet awe-inspiring photographs of the eons-old crater. 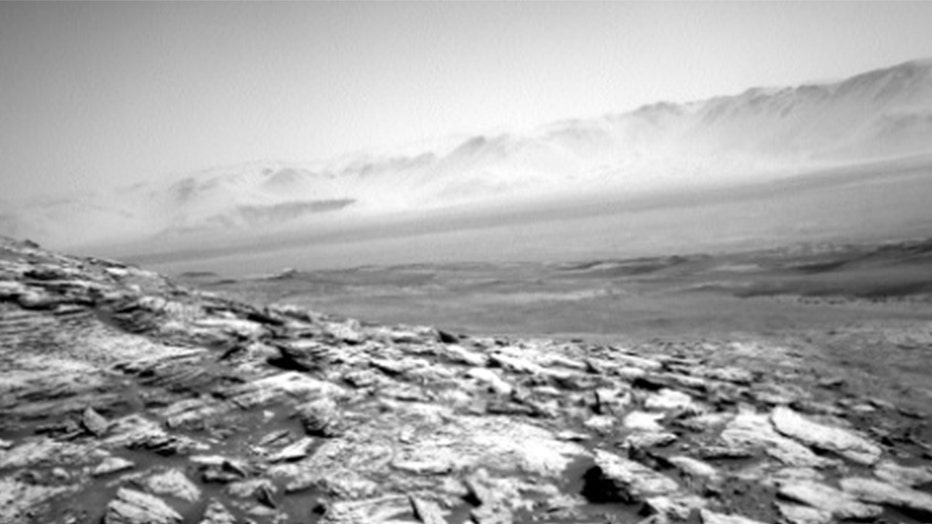 One of the photographs sent back shows a vast rim of the crater that NASA speculates was the result of a massive meteor impact, eventually forming a large lake bed when the planet’s surface had water.

While Curiosity was originally sent to specifically explore Gale Crater, it now takes the mantle for robotic Martian exploration after its precursor, the Opportunity, lost contact with NASA following a massive dust storm that blanketed its location in 2018.

Along with the InSight lander, Curiosity continues to explore the red surface in search of signs of microbial life while awaiting the arrival of NASA’s upcoming Mars 2020 rover and the European Space Agency’s ExoMars rover that are both set to launch in July 2020.