JERUSALEM - Israeli archaeologists on Tuesday announced the discovery of dozens of new Dead Sea Scroll fragments bearing a biblical text found in a desert cave and believed hidden during a Jewish revolt against Rome nearly 1,900 years ago.

The fragments of parchment bear lines of Greek text from the books of Zechariah and Nahum and have been radiocarbon dated to the 2nd century AD, according to the Israel Antiquities Authority. They are the first new scrolls found in archaeological excavations in the desert south of Jerusalem in 60 years.

The new pieces are believed to belong to a set of parchment fragments found in a site known as "The Cave of Horror" — named for the 40 human skeletons found there during excavations in the 1960s — that also bear a Greek rendition of the Twelve Minor Prophets. The cave is located in a remote canyon in the Judean Desert south of Jerusalem.

The fragments are believed to have been stashed away in the cave during the Bar Kochba Revolt, an armed Jewish uprising against Rome during the reign of Emperor Hadrian, between 132 and 136 AD. 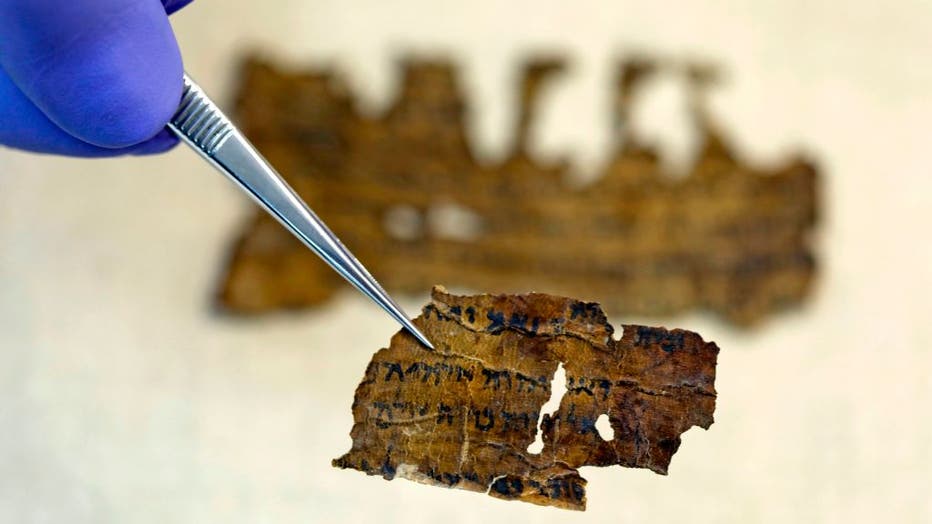 FILE - A conservator of the Israel Antiquities Authority (IAA) shows fragments of the Dead Sea Scrolls at their laboratory in Jerusalem on June 2, 2020. (Photo by MENAHEM KAHANA/AFP via Getty Images)

The artifacts were found during an operation by the Israel Antiquities Authority in the Judean Desert to find scrolls and other artifacts to prevent possible plundering. The authority was holding a news conference Tuesday to unveil the discovery.

The Dead Sea Scrolls, a collection of Jewish texts found in desert caves in the West Bank near Qumran in the 1940s and 1950s, date from the 3rd century B.C. to the 1st century A.D. They include the earliest known copies of biblical texts and documents outlining the beliefs of a little-understood Jewish sect.

RELATED: Israel reopens bars, restaurants and other parts of economy to those fully vaccinated against COVID-19