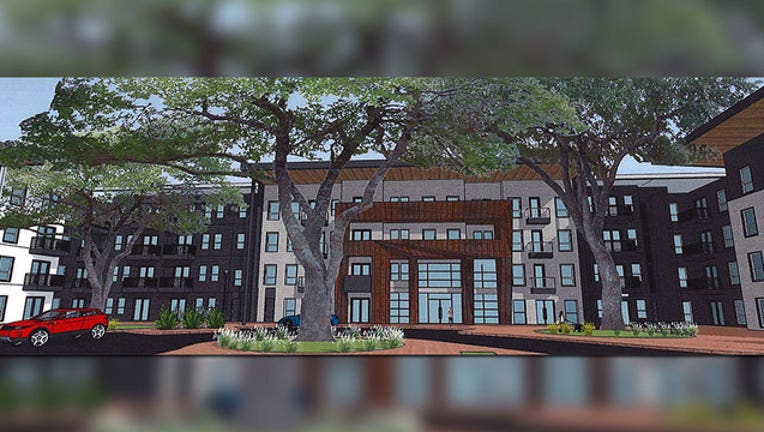 AUSTIN, Texas (FOX 7 Austin) - Developers have announced that a new 308 unit apartment community, The Knoll at South Congress, is set to be built.

PointOne Holdings and NRP Group are behind the development.

In a release, officials say the community's units will have high end finishes and the community will include a dog park and spa, sky lounge, package concierge service and more.

The Knoll at South Congress will be adjacent to retail like an already planned H-E-B and Thirsty Planet Brewery. In total officials say there will be more than two million square feet of retail space.

The companies say in the release that they expect construction to being within the next two weeks but did not give a time frame on when it expected it to be completed.