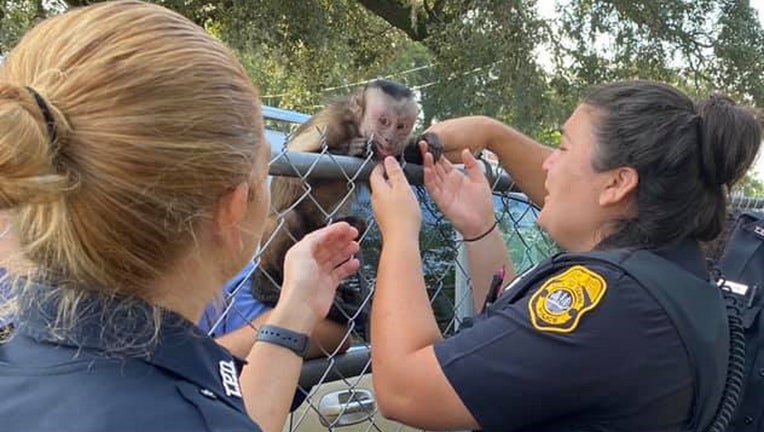 TAMPA, Fla. - Chasing after a monkey on the loose? Just another day on the job for Tampa police.

Several officers responded to a report of a monkey on the run this week in Tampa.

Police ended up in a foot pursuit with the capuchin monkey named Abu. The officers were eventually able to detain the tiny primate and get him back to his owner.

Tampa police shared photos of officers with Abu safely in custody -- including some showing him "monkeying around" with two female officers' hairstyles.

"As a thank you, Abu helped some officers with their hair!" Tampa police wrote.