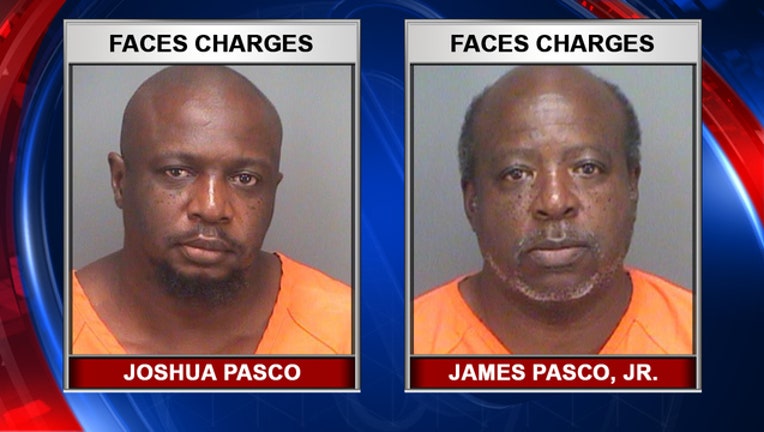 Investigators say they have identified four female victims so far.

Detectives say the younger Pasco began abusing juvenile females in the late 1990s. His first victim was between the ages of 9 and 13 at the time. Joshua Pasco's second victim was a juvenile female for whom he had been given familial authority over, according to investigators.

Joshua's father, James began abusing young victims in the 1970s, investigators believe. They say three of the victims were juveniles between the ages of 5 and 13 when the sexual abuse took place.

The fourth victim says she was an adult when James Pasco allegedly raped her in 2017 and 2018.

Detectives say most of the victims were in Joshua and James Pasco's familial or custodial authority at the time of the abuse.

Joshua Pasco is charged with two counts of sexual battery- familial authority, one count of lewd
and lascivious battery, and one count of felony driving on a suspended license.

Joshua and James Pasco were taken to the Pinellas County Jail. The investigation continues.