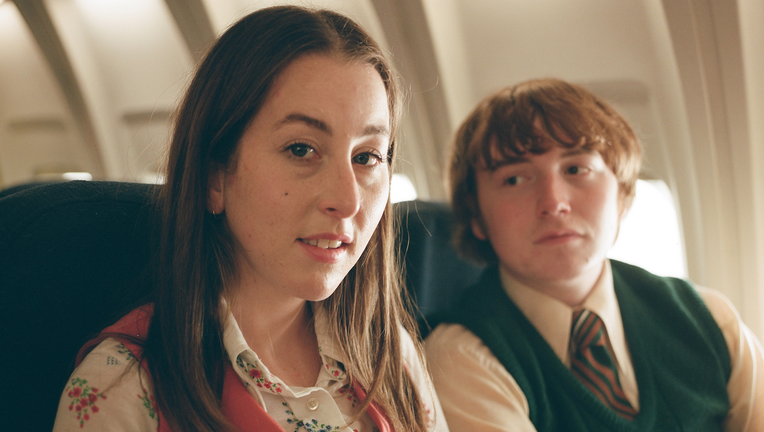 Despite the usual snubs, flubs and surprises, the Academy Award nominations were actually pretty solid this year. In addition to honoring great performances like Penelope Cruz in "Parallel Mothers," Andrew Garfield in "Tick, Tick … Boom!" and Denzel Washington in "The Tragedy of Macbeth," the Academy also rounded up an appreciably diverse list of Best Picture nominees.

All this week we’ll be spotlighting the 10 films nominated for the big prize. And since we could all use more stuff to watch these days, we’ve also rounded up recommendations for movies (and TV shows) that echo or influence them in some way — all of which are streaming (for free!) on Tubi. Next up: Paul Thomas Anderson’s winsome "Licorice Pizza."

The premise: "‘Licorice Pizza’ is the story of Alana Kane and Gary Valentine growing up, running around and falling in love in the San Fernando Valley, 1973. Written and directed by Paul Thomas Anderson, the film tracks the treacherous navigation of first love."

The nominations: In addition to its Best Picture nod, "Licorice Pizza" is up for two of the other biggest awards of the night: Best Director and Best Original Screenplay, both for Paul Thomas Anderson.

"You’re not supposed to ask a girl how old she is," Alana (musician Alana Haim) informs Gary (Cooper Hoffman) at the outset of "Licorice Pizza," Paul Thomas Anderson’s warmly cinematic cruise through the San Fernando Valley of 1973. Her reluctance to disclose her age is understandable: Alana is somewhere in her twenties, but feels stuck somewhere shy of adulthood, working a dead-end job as a photographer’s assistant.

When she and Gary meet on school picture day, the not-quite-16-year-old charms and irritates her in equal measure. Gary thinks he’s met the woman of his dreams, and while the movie does have a dreamy flow, Alana instead becomes an odd cross between his babysitter and his gal Friday. As she chaperones Gary through the waning days of his kid-acting career and joins his business ventures, Anderson expertly digresses through both the pair’s youthful exuberance and the disappointment Alana experiences at the hands of a variety of men (including a boozy actor, an unhinged producer and an aspiring mayor, all brought to life by familiar faces).

Throughout these mostly-killer, hardly-any-filler episodes, Anderson and his beyond-charming lead actors suffuse "Licorice Pizza" with different strains of longing. For Gary, it’s the uncomplicated desire for Alana, while his playful but short-fused beloved pines for something more elusive: a sign of what she’s meant to do in a grown-up world. The dynamic between the two lead characters is strange but powerful, like magnets that keep swapping polarities at unexpected intervals.

Anderson has made his sweetest and most relaxed movie without sacrificing his sense of buzzing urgency, which especially radiates from the young-love imagery: brushing fingers, knocked-together knees and bodies running heedlessly toward each other. What a lovely, funny mood trip. [Jesse Hassenger]

How to watch "Licorice Pizza"

Streaming: Unless you’re willing to cough up the dough for a VOD rental (see below), you can’t stream "Licorice Pizza" just yet.

Rent or own: You can rent or purchase "Licorice Pizza" on VOD platforms like iTunes, Amazon Prime Video, Vudu and Google Play. While no DVD or Blu-ray is on sale at this point, it is available for pre-order.

On the big screen: "Licorice Pizza" is still playing in limited theaters across the country.

About the writer: Jesse Hassenger is a writer, editor, and film critic based in Brooklyn, New York. His reviews and essays have appeared in The A.V. Club, Polygon, Paste Magazine, The Week, and Decider, among others. He also co-hosts the horror podcast The New Flesh, sometimes writes fiction, and enjoys rock and roll. His tweets about the Brine King from Aquaman appear at @rockmarooned.

Many "Licorice Pizza" fans were bummed when Bradley Cooper’s scene-stealing turn as eccentric producer Jon Peters failed to garner any Oscar love this year. So why not revisit the performance that did earn Cooper a Best Supporting Actor nod: His equally high-wire 1970s-set turn in "American Hustle."

Allison Shoemaker and Caroline Siede contributed to this report.