WINTER HAVEN, Fla. - A major drug bust led deputies to 120 gallons of liquid meth being transported in buckets by suspects from Georgia to Florida, overseen by a "mastermind" who ran the operation from federal prison, officials said Thursday.

Polk County Sheriff Grady Judd said "Operation Dirty Water" was the largest meth seizure in the county’s history, and those involved in the organization had ties to a Mexican drug cartel.

"The street value on all of this is $54 million. The largest seizure included 1,342 pounds of liquid meth. It was transported in buckets like these," the sheriff explained while pointing to a stack of orange Home Depot buckets. "This is a major transnational investigation."

Sheriff Grady said the operation had ties to the Juarez Mexican drug cartel. The investigation started back in early January when a shipment of 2,500 Xanax pills from Ontario was intercepted before it could reach its destination in Winter Haven.

Detectives said Amber Cayson was the Polk County woman who was supposed to receive it. They conducted a "controlled delivery" at her home, where she was arrested. 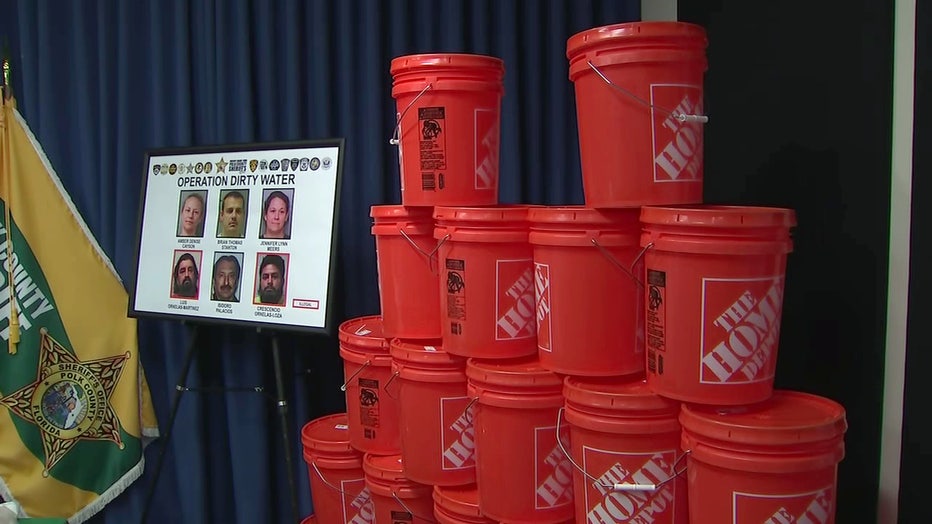 At her house, detectives said, they found 24 pounds of THC edibles, 2.4 pounds of marijuana, and a pound of meth.

"Did you hear what I said? You know that low-level, non-violent marijuana-related drug that was supposed to be legalized only for the very sickest and they just happen to make it in gummy bears and hard candy? Twenty-five pounds was coming to this county and, ultimately, marketed to your children," Grady said. 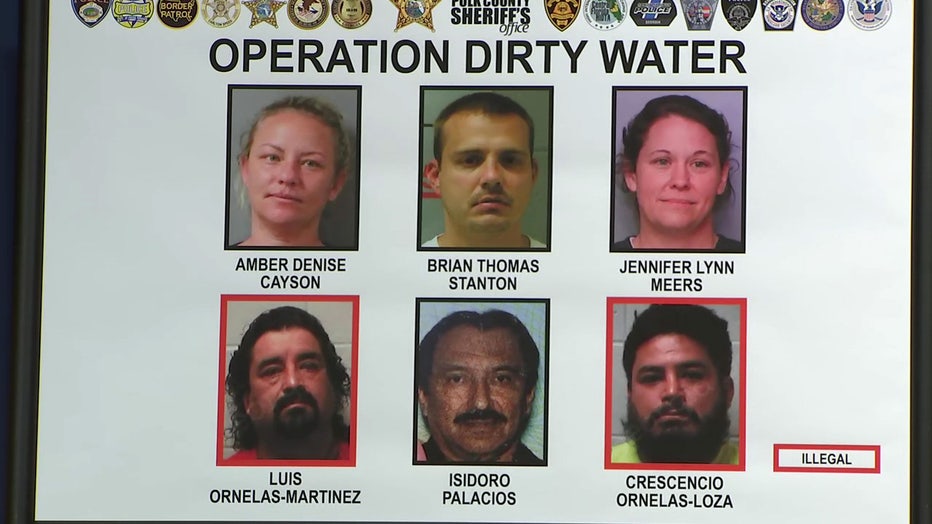 During the investigation, detectives learned the suspected drug trafficker was 37-year-old Brian Stanton. They said he was arranging the sale and delivery of meth while incarcerated in the U.S. Federal Penitentiary in Atlanta.

The sheriff's office said Stanton worked with undercover detectives to set up a delivery to Polk County of 26 pounds of meth that came from Georgia.

On March 13, a suitcase carrying the meth was delivered to undercover agents at a Lakeland hotel by Jennifer Meers, who is from Georgia, according to the agency.

"That 10 years in federal prison didn’t slow her down at all. The fact that…she wasn’t supposed to leave Georgia didn’t make a difference at all," the sheriff said. "She’s a bad girl. Now she’s an arrested girl."

Six days after the initial delivery, Stanton arranged for another. This time, it was 35 pounds of meth. 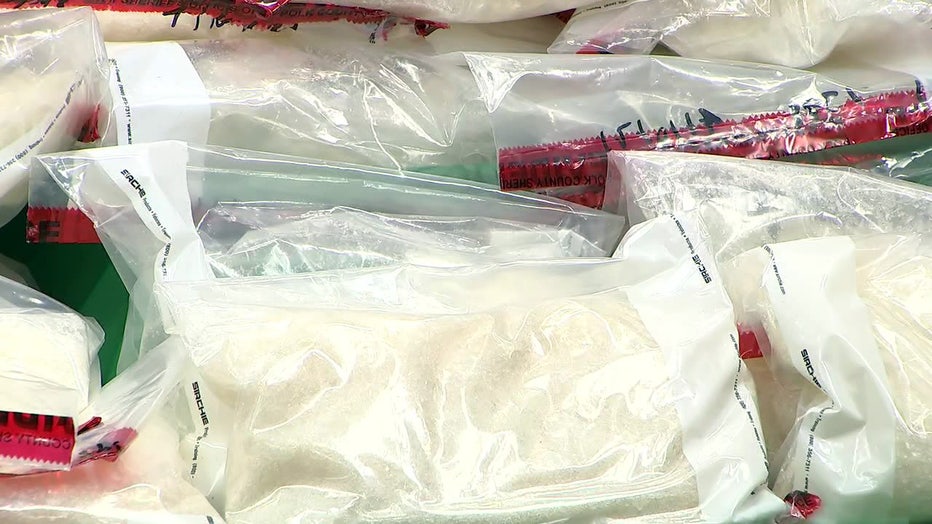 Meers was supposed to deliver 35 more pounds to undercover detectives, but a psychic in Georgia told her "I don't think it's a good time to go to Florida," according to Judd.

Still, on March 30, Homeland Security agents and Polk County investigators arranged to pick up the drugs from Meers' truck near her job in Atlanta. Inside, they said they found 16 sealed bags containing meth. She was arrested a "short time later" during a traffic stop.

The investigation led detectives to three meth labs in Georgia, which led to three arrests and the seizure of 1,416 pounds of crystalized and liquid meth.

In April, a search warrant was issued for Isidoro Palacious at two Georgia locations. Another 77 pounds of meth was seized and investigators broke up a cockfighting ring.

Among those arrested were 30-year-old Crescencio Ornelas-Loza and 50-year-old Luis Ornelas-Martinez, who were identified as illegal immigrants, Sheriff Judd said. 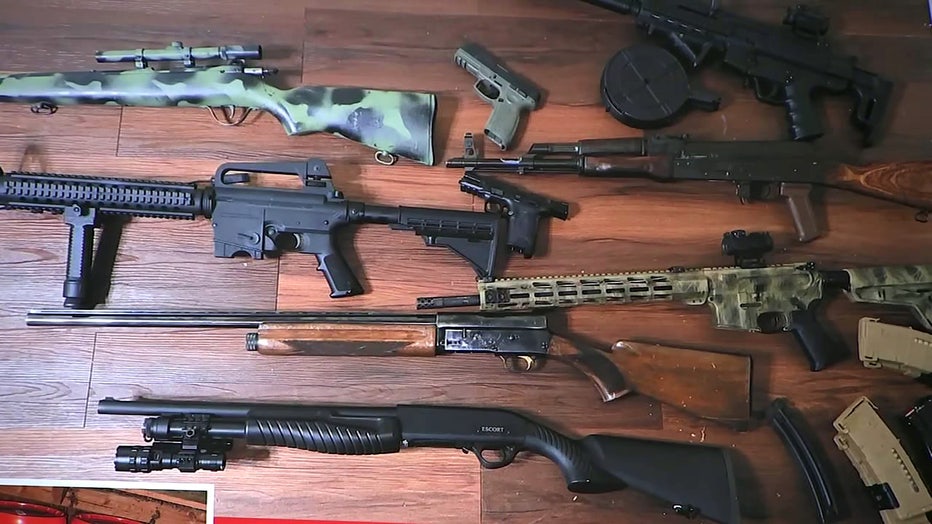 The sheriff said besides drugs, stolen firearms were also found with Ornelas-Loza.

"Two stolen firearms. That’s illegal. He’s in this country illegally. That’s illegal, and he was the one who had the tunnels," Sheriff Judd said. "The tunnels where all of this would be stored."

Several law enforcement officers were involved in Operation Dirty Water, including those within the Haines City Police Department, U.S. Border Patrol, and other federal and Georgia agencies.