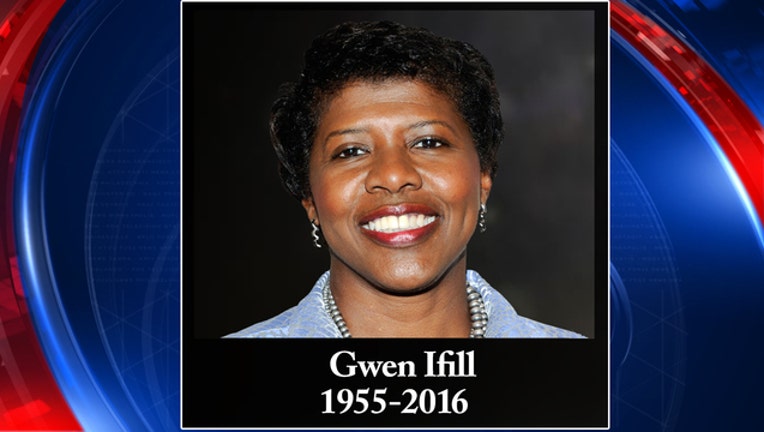 PBS says Gwen Ifill, the veteran journalist and co-anchor of the network's "NewsHour" with Judy Woodruff, died today of cancer. She was 61.

She took a leave from her nightly show for health reasons earlier this year, never making public her illness. A week ago, she went out on leave again, taking her away from election night coverage.