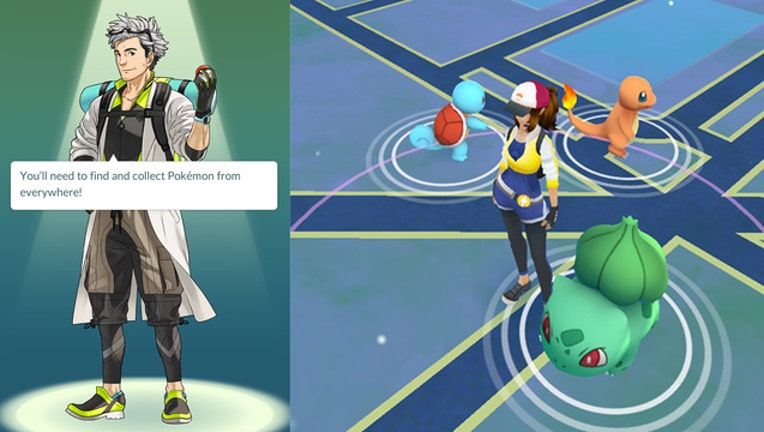 LOS ANGELES (AP) — The "Pokemon Go" craze has sent legions of players hiking around cities and battling with "pocket monsters" on their smartphones. It marks a turning point for augmented reality, or technology that superimposes a digital facade on the real world.

But the game's popularity has created unintended consequences in everyday life, from annoyed property owners dealing with hordes of monster hunters to store owners using the game to attract customers. Though perhaps that's to be expected from a game that has players visit real-world landmarks such as train stations, churches and museums in order to find and trap cartoon creatures.

Here's a look at some of the bigger questions that have emerged since the game went live last Wednesday:

Some shops are exploring ways to use "Pokemon Go" to drum up business.

An Atlanta cafe owned by digital ad agency Huge turned out to be roughly 30 feet away from two prominent "Pokestops" — game representations of physical landmarks where players can stock up on digital game gear. So it spent about $40 in real money to add digital "lures" to the stops, refreshing them every 30 minutes. The lures increase the chance that rare Pokemon with names like "Starmie" and "Poliwag" turn up nearby — drawing players in turn.

In San Francisco, enthusiastic players working for Kawika's Ocean Beach Deli likewise set out lures and branded the store as a "charging station" for drained phones. (The game is notoriously hard on batteries.)

Given that the shop is bracketed by Pokestops on one side and a battle arena on the other, players "have no choice but to walk past us," says owner David Nottage III. "So we put up some signs." The deli plans additional Pokemon-related activities in the future.

WHO'S TO BLAME WHEN PLAYING REALLY GETS OUT OF HAND?

Another man who lives in a former church says his home — now also a Pokestop — has become a digital magnet for "Pokemon Go" players, who sometimes block his driveway and passing traffic as they pull over to stare at their phones.

A 21-year old player in Forest Grove, Oregon, even shrugged off a stab wound to continue his gaming. He approached a stranger on the street and asked him if he was playing, too, police say. The other man then stabbed him. Police say the player described his attacker, refused treatment and continued on his Pokemon hunt.

Phoenix police are telling people not to trespass while playing the game. New York's subway is warning people not to jump onto the tracks to chase digital "Rattatas." The National Safety Council implored players not to play and drive.

The U.S. Holocaust Memorial Museum in Washington D.C. called playing the game inside its walls "extremely inappropriate" and is trying to remove itself from the game. At The Associated Press bureau in Los Angeles, an outdated reference to a statue no longer on the property beckons Pokemon players in from the street.

Todd Richmond, a director at the Institute for Creative Technologies at the University of Southern California, says a big debate is brewing over who controls digital assets associated with real world property.

"This is the problem with technology adoption — we don't have time to slowly dip our toe in the water," he says. "Tenants have had no say, no input, and now they're part of it."

HOW BIG CAN AUGMENTED REALITY GET?

Stock in Nintendo, which part owns "Pokemon Go," jumped 25 percent on Monday and another 13 percent Tuesday, adding nearly $8 billion to its market value as investors assessed the breakout game.

But Jefferies analyst Atul Goyal says that's just the beginning. He now targets a share price of 30,000 yen, or $286.40, nearly a third higher still. Nintendo is transitioning from console games to smartphone games, and "it has just started that journey," Goyal says.

The game's success on smartphones also could spur faster development from hardware makers — Microsoft with its HoloLens, the secretive startup Magic Leap, or Google, which could still revive its failed Glass headgear, says Timothy Carone, a professor at the University of Notre Dame's Mendoza College of Business.

"The reaction (to Pokemon Go) is a quick of vote of 'Yeah, they got this right,'" Carone says. "My guess is that a lot of developers have gone back to figure out how to take this approach."

Adam Reeve, principal architect of security firm Red Owl, however, found that "Pokemon Go" required overly broad permission for those using a Google account as a sign-in. Even setting aside the location data collected by the app, he said, the app is a "huge security risk."

He noted the app, in theory, could allow "Pokemon Go" to read one's Gmail, send email as you and access your Google search history.

Niantic said in a blog post Monday that it never intended to request such sweeping data access, hasn't collected information beyond the user's ID and email address. By Tuesday, signing in on an iPhone with a Google ID showed this pared back authorization.

Follow AP Business Writer Ryan Nakashima at https://twitter.com/rnakashi . His work can be found at http://bigstory.ap.org/content/ryan-nakashima