A lost little girl was abducted by a sexual predator and assaulted Sunday. Detroit police released this photo of the vehicle he drove.

DETROIT (FOX 2) - Detroit police are looking for help identifying a suspect who abducted a 9-year-old girl and raped her Sunday. The male suspect was driving a white or gray, 2015-2021 Jeep Renegade. DPD released a photo of the vehicle Tuesday.

The girl left her Farmington Hills home and walked for two hours when she got lost. She stopped in the area of Eight Mile and Grand River when the suspect pulled up and asked if she needed help.

The young girl said she got into the suspect's car and quickly realized he was driving in the wrong direction. She was unable to get out of the car and was taken to an unknown home. She was taken inside and assaulted in a house in the area of Berg and Trojan on the west side.

The suspect left the room and the girl was able to escape. As the girl was walking, a good Samaritan stopped her and they called 911.

Detroit police contacted Farmington Hills police, who had a missing report out on the girl. The girl was taken to Children's Hospital. 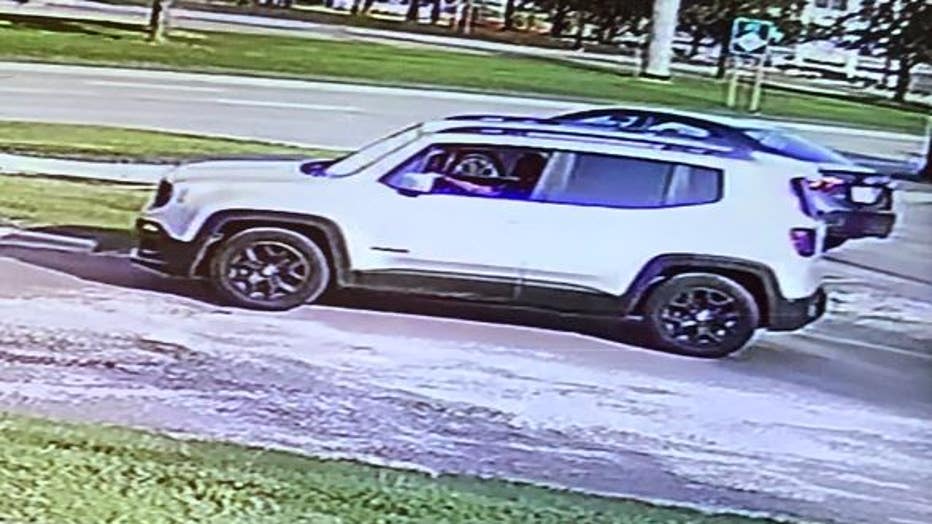