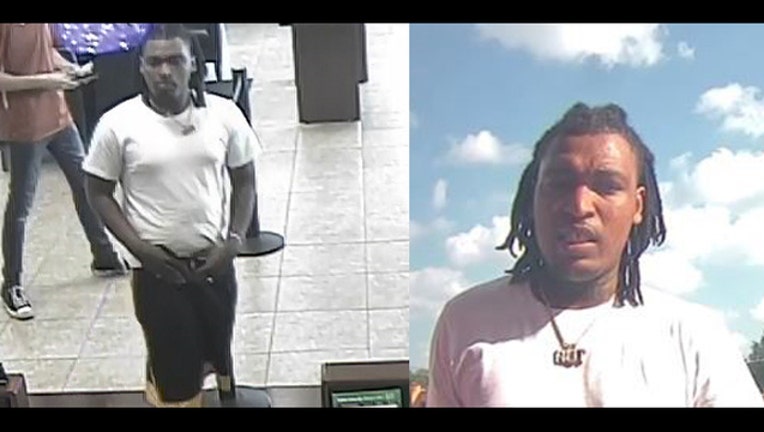 AUSTIN, Texas - The Austin Police Department is asking for the public’s help in finding a man accused of kidnapping and robbery.

According to APD, the suspect allegedly abducted a man on Nov. 7 around 1:45 p.m. near Crossing Place in southeast Austin.

Officials say the victim was taken to Riverside Dr. and South Congress Avenue and let go.

Police say the victim was not injured.

The car the suspect was driving was possibly a tan, 4-door Lincoln.

Police describe the suspect as being a black man, in his early 20’s, about 180 pounds, with a muscular build and shoulder-length dreadlocks. APD says the man has a tattoo on his cheek below his eye, no facial hair and a blue colored neck tattoo.

According to police the suspect was wearing a white t-shirt, black baseball shorts, black shoes with yellow trim, and possibly had tattoos on his right arm.