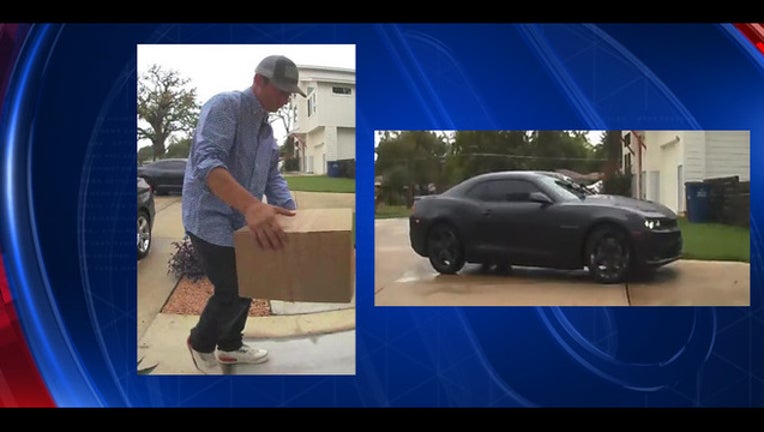 AUSTIN, Texas - Austin Police are asking residents in the Wheless Lane neighborhood to keep an eye open for an alleged package thief.

According to APD on Oct. 17., a man was spotted taking packages from two different homes in the 2500 block of Wheless Lane.

Police said the suspect was seen getting into a 2014-2015 Chevrolet Camaro with tinted windows and black rims.

The suspect is described by police as being a white male and thin build.

He was pictured wearing a blue-long sleeve shirt, blue jeans, and a gray and white baseball cap.

Anyone with information about this case is asked to contact Region 1 Detectives at 512-974-5320.