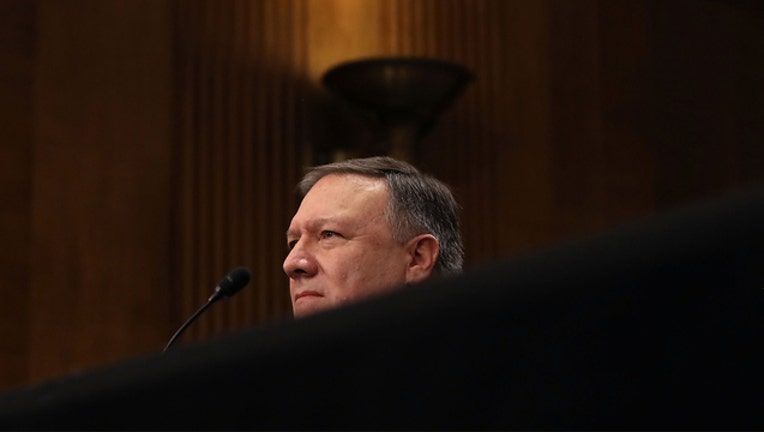 Secretary of State nominee Mike Pompeo listens to questions during his confirmation hearing before a Senate Foreign Relations Committee on Capitol Hill, on April 12, 2018 in Washington, DC. (Photo by Mark Wilson/Getty Images)

Pompeo told the House Foreign Affairs Committee on Wednesday that the administration will take "appropriate countermeasures" to fight what he called "continued efforts" by Russia to meddle in November's vote. He did not elaborate on the Russian interference or say what the countermeasures would be but said there was much more work to be done to stop Russia's efforts.

He said the U.S. had not yet been able to establish "effective deterrence" to halt them.

The top-ranking Democrat on the committee, Eliot Engel, however, contended that the Trump administration "is giving Russia a pass" because Russian President Vladimir Putin "supported President Trump over Hillary Clinton" in the 2016 presidential election.