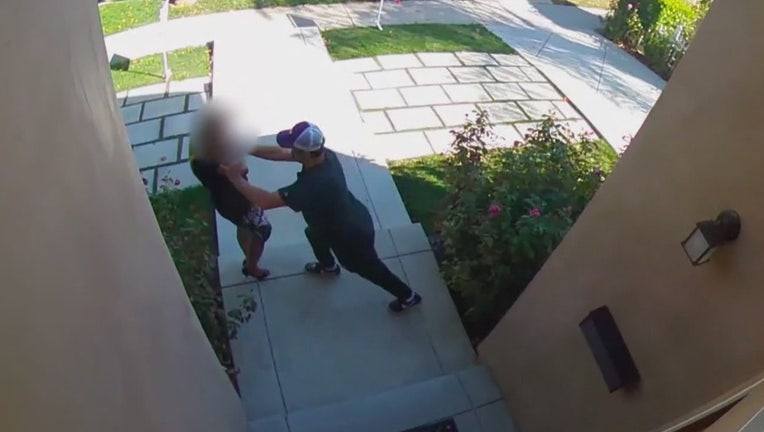 ENCINO, Calif. - A brazen and violent attack on a real estate agent was caught on video during an open house in Encino.

Now, that realtor is speaking out to FOX 11's Bill Melugin.

The video is incredibly disturbing. It shows what the realtor believes was an attempted sexual assault on her Sunday afternoon.

Realtor attacked, groped by man at open house in Encino

A brazen and violent attack on a real estate agent was caught on video during an open house in Encino. Now, that realtor is speaking out to FOX 11's Bill Melugin.

She said she knew something was wrong the second the man walked into her open house. And she was right.

You're watching as a San Fernando Valley realtor is viciously attacked and groped by a man she had been showing a house to in Encino.

The 51-year-old woman asked that we don't identify her or the house.

She is still bruised and battered and with white knuckles clenched in fear as she shares her horrifying ordeal with FOX 11.

She says this man had come to her open house last week and was acting strange. Which brings us to this past Sunday afternoon when she held another open house.

The same man was back.

She said, 'What are you doing here, and he said I have a buyer for you, at that point I was kind of nervous and I was a little bit shaky so I said ok were in the middle of the house right now, I want to get him outside by the door.'

She brought the man outside to the porch In view of the homes surveillance video.

There she says the man began asking her to look at the bedroom and she asks him to leave.

The man glances up at the camera multiple times and then goes to shake her hand with some final small talk.

She says the man got on top of her ad began groping her chest.

Her bloodcurdling screams was eventually enough to scare the man into running away.

And visions of the attack are on repeat in her mind.

Bob Sigmath is the realtors boss at Keller Williams Porter Ranch and he says the employees will be undergoing self defense training.

The victim says her attacker is in his mid-forties, cross-eyed with a bump on his scalp.